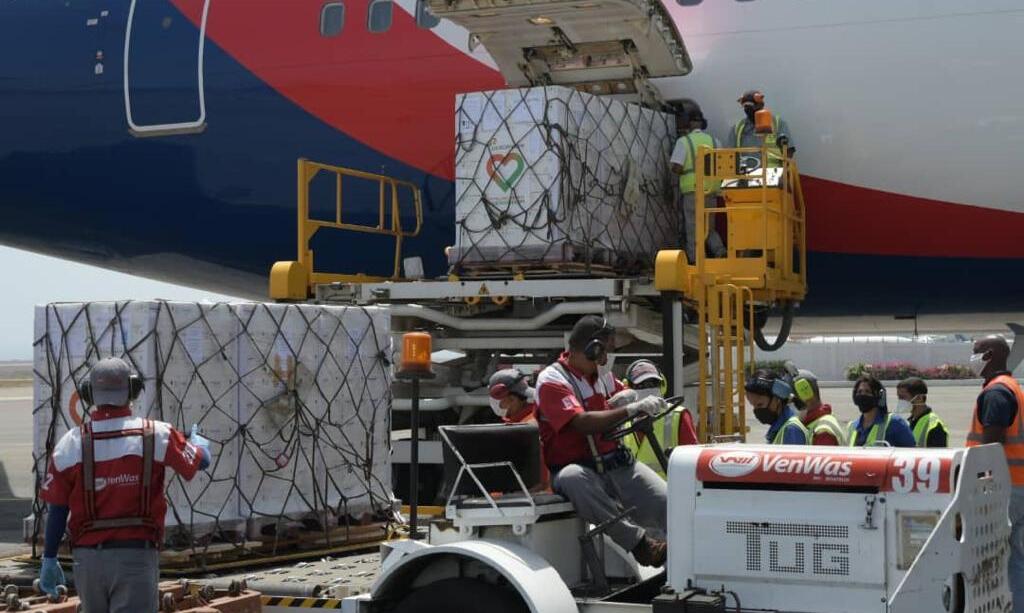 The bilateral relation between the Bolivarian Republic of Venezuela and the Russian Federation is based on mutual respect and solidarity, and it becomes stronger under the leadership of Presidents Nicolás Maduro and Vladimir Putin.

In this framework, a plane with insulin medications for patients with diabetes landed on Friday at the Simon Bolivar International Airport as part of an agreement endorsed by Russia and Venezuela in 2019.

“We are receiving the fourth and fifth shipments of the agreement endorsed last year between the Socialist Company for the Production of Biological Medicines (Espromed BIO) and Russia’s Geropharm within the framework of the High-Level Intergovernmental Commission,” pointed out Vice-minister for Europe Yván Gil.

The agreement signed in the context of the International Economic Forum of St. Petersburg enabled the reception of 500,000 packages of insulin medications for a total of 800,000 packages, out of the 5 million packages included in this international agreement, said Venezuela’s Health Minister Carlos Alvarado.

Alvarado stressed that this is not only a commercial agreement with Russia as the shipment of assistance also includes “technological transfer.”

This shipment complies with strict sanitary controls and security measures, and it is part of the fight against the COVID-19 pandemic as patients with diabetes are especially vulnerable to this virus.

“It is a clear example of the very fruitful and effective cooperation between Russia and Venezuela in all the cooperation fields of our strategic relation,” said the Russian Ambassador to Venezuela Sergey Melik-Bagdasarov.

Venezuelan Foreign Minister Jorge Arreaza shared a video to highlight that these four and fifth shipments of insulin medications are aimed at the public health system.

“This is another sample of our fruitful and effective strategic cooperation in the health field with our brothers from the Russian Federation. Today, we received an important shipment of insulin that will be aimed at the public health network for the protection of the Venezuelan people,” wrote the Venezuelan foreign minister on his Twitter account @jaarreaza.

The strength of the Russia-Venezuela cooperation rests on energy, financial and technical-military foundations, among other fields, through the High-Level Intergovernmental Commission, which has held 14 meetings so far.

Likewise, Russia has become one of the main allies of the Venezuelan government and has rejected any kind of foreign meddling in the domestic affairs of the Bolivarian nation.