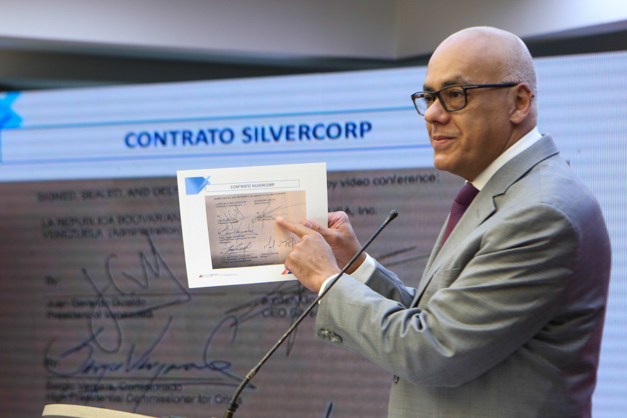 Mass media controlled by the extremist right-wing and authorities of the US Department of State are trying to absolve Juan Guaido, lawmaker of the National Assembly in contempt, of his participation in the terrorist actions aimed at assassinating Venezuela’s legitimate President Nicolás Maduro and plunging the country into violence, denounced Vice-president of Communication, Culture and Tourism Jorge Rodríguez.

“They are trying to say that Guaido did not sign the contract and a plethora of lies that falls under the weight of reality and testimonies,” pointed out Rodriguez at the Miraflores Presidential Palace on Friday, May 8.

The actions linked to the extreme opposition were assumed by Jordan Goudreau, owner of Silvercorp USA, who publicly claimed responsibility for the criminal action against Venezuela and affirmed his signature is on the contract endorsed by Guaido.

During the attempted incursion off Venezuela’s coasts on May 3, two US mercenaries, Airam Berry and Luke Alexander Denman, were captured and confessed they know about the contract endorsed by Jordan Goudreau, Juan Guaidó, JJ Rendón and Sergio Vergara in October, 2019.

These two US terrorists revealed their main goal was to clear airstrips, take over Miraflores and he headquarters of the Military Counterintelligence General Directorate (DGCIM) and the Bolivarian Intelligence Service (SEBIN), and neutralize other targets.

In this regard, Rodríguez provided details about the contract, which was published on Thursday, May 7, by The Washington Post.

Likewise, they planed the assassination of President Maduro and the destruction of economic facilities for which they would be paid a $10 million bonus.