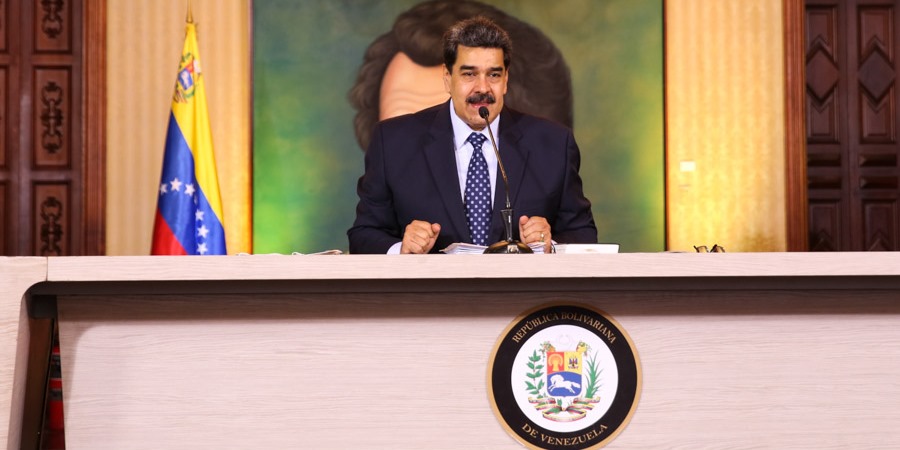 At a virtual press conference, President of the Bolivarian Republic of Venezuela instructed on Wednesday, May 6, his Foreign Minister Jorge Arreaza to file a complaint to the International Criminal Court (ICC) containing video materials and contracts related to the recent armed incursion against the country so that it is added to the complaint filed on February 13 regarding the impact of unilateral coercive measures imposed by the US government.

“I instructed Foreign Minister to immediately draft an appeal to The Hague containing evidence of the mercenary operation against Venezuela, to file reports containing videos and contracts (…) so that  it adds to our complaint to the ICC,” said the Venezuelan president during the virtual press conference, where he provided more elements and testimonies linking the US and Colombian governments with the failed operation.

On February 13, 2020, Foreign Minister Jorge Arreaza filed a referral in the ICC Prosecutor’s Office, in The Hague, Netherlands, to determine responsibilities, under article 14 of the Rome Statute, for the negative effects of unilateral coercive measures imposed by foreign countries on the Venezuelan people .

“We are convinced that the consequences of unilateral coercive measures are a crime against humanity,” asserted Venezuelan foreign minister at a press conference he offered after filing the referral.

On March 7, Arreaza announced that the International Criminal Court (ICC) assigned the case of the Bolivarian Republic of Venezuela to the Pre-Trial Chamber III.

In the virtual press conference, President Maduro was also connected with the Diplomatic Corps accredited in Venezuela and with Venezuelan representatives overseas.