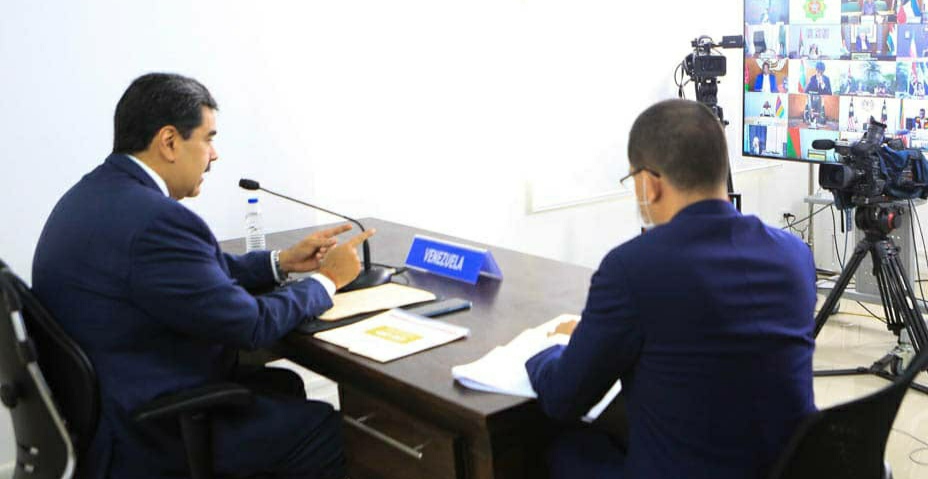 Terrorist incursion in Venezuela had as its main objective the assassination

The main objective of the actions of the mercenaries who ventured during the early hours of May 3 in territorial waters of Macuto’s coast, in the state of La Guaira, “was to kill the President of Venezuela”, as denounced by the Head of State and Government, Nicolás Maduro, during his participation in the Summit of the Non-Aligned Movement (NAM), which took place this Monday under the slogan “United against Covid-19”.

“That group of terrorists was confronted by the civic-military-police union, they were captured and they have confessed all their plans, we have all the physical and material evidence”, he pointed out and stated that these mercenaries were trained in Colombian territory.

President Maduro indicated that this new attack by the Venezuelan extreme right, planned in coordination with the governments of Colombia and the White House, involved the US security agent, Jordan Goudreau, adviser in the war in Iraq and Afghanistan, who showed yesterday the contracts signed by the Venezuelan opposition to prepare this coup expedition.

He repudiated that the United States Government finances terrorist attacks against the people of Venezuela who are currently waging the fight for their health in the midst of the Covid-19 pandemic.

In this sense, the President indicated that in the next few hours more details will be released about this attack that sought to break national sovereignty.