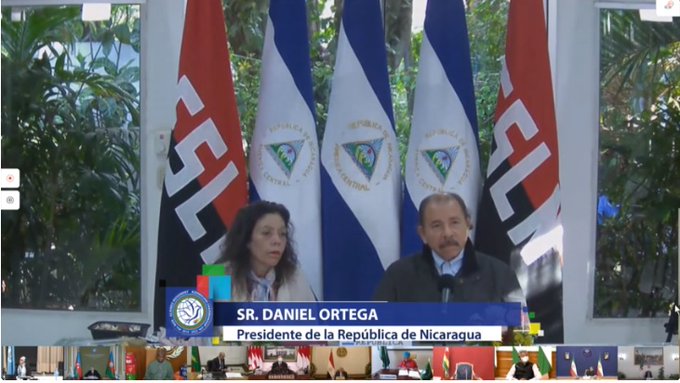 Ortega described as a “criminal action” the US government’s accusations of drug trafficking against his Venezuelan counterpart and the offering of a $15 million reward for information leading to Maduro’s capture.

During his speech at the Virtual Summit of Heads of State and Government of the Non-Aligned Movement (NAM), the Nicaraguan president pointed out that the US naval operation to fight drug trafficking and organized crime, announced by early April, is only a maneuver “to militarily invade Venezuela.”

“They should be fighting drug trafficking inside the United States, which is the top drug consuming country in the world,” he said.

Ortega stated that the COVID-19 pandemic has not put an end to the violation of the UN Charter, and stressed that the United States is “the biggest terrorist” of the world.