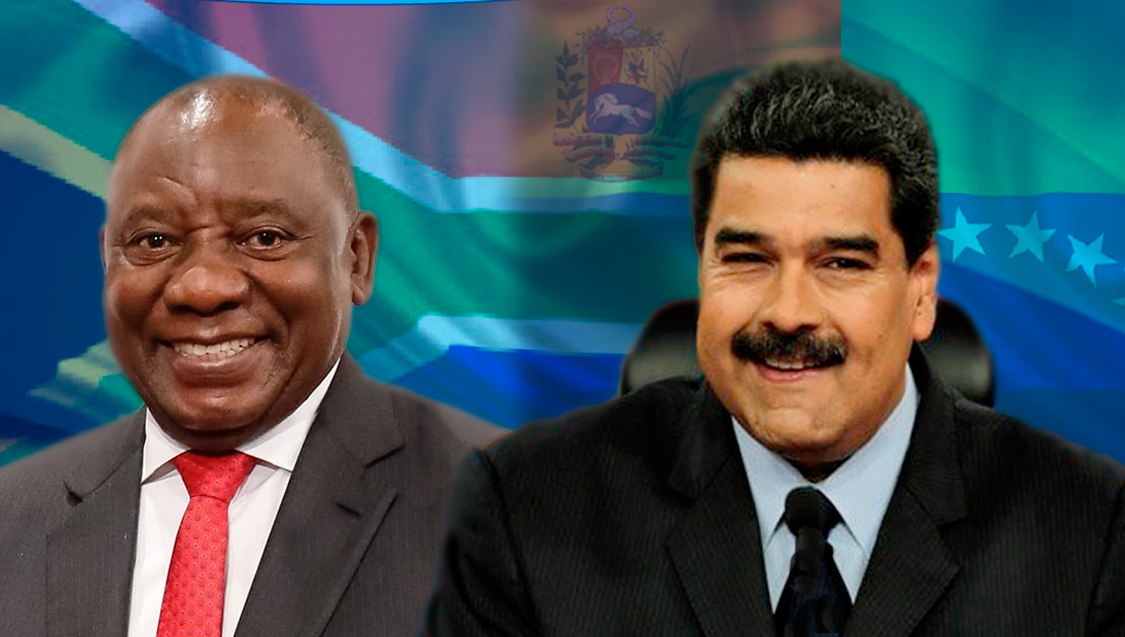 President of the Bolivarian Republic of Venezuela Nicolás Maduro held a telephone conversation on Monday, April 27, with the President of the Republic of South Africa and President Pro Tempore of the African Union, Cyril Ramaphosa, in which they shared an analysis of the evolution of the COVID-19 pandemic and the measures implemented in both countries to contain the virus.

“President Ramaphosa expressed great interest in learning in depth about the strategy that has been developed in Venezuela to confront the pandemic. In this regard, the Presidents agreed to establish immediate contacts between their Ministers of Health and scientific teams through upcoming videoconferences, guaranteeing the permanence of the relationship and exchanges between experts,” reads a communiqué published by the Venezuelan president on his Twitter account @NicolasMaduro.

President Maduro congratulated the South African people for their celebration of the 26th anniversary of Freedom Day, when the first free elections were held on this day in 1994, resulting in the election of the Great Madiba, Nelson Mandela, and marking the end of the inhumane apartheid regime.

“The President of Venezuela assured President Ramaphosa that the struggle of Nelson Mandela and the peoples of Africa for equality and against discrimination has also been, is and will always be the struggle of the Venezuelan people and of all the revolutionaries of the world,” reads the communiqué.

During their telephone conversation, Maduro and Ramaphosa reviewed different issues of bilateral and multilateral cooperation. The presidents agreed to further consolidate coordination between both governments in all multilateral forums, especially in the United Nations.

“President Ramaphosa assured that he will continue to act under the principles of International Law and the UN Charter, by ratifying that his country will continue to defend sovereignty and political dialogue in Venezuela within the UN Security Council, certain that Venezuelans will find ways for the consolidation of peace and stability,” reads the communiqué.

Regarding bilateral relations and joint projects, both presidents agreed to give continuity to the agreements reached at the South African-Venezuela Binational Business Forum of January 2020, as well as the need to organize a next meeting between both leaders, to deepen and further expand relations between both peoples.

Finally, President Maduro congratulated the outstanding coordination work that President Ramaphosa has carried out from the Pro Tempore Presidency of the African Union in such complex world circumstances, and conveyed his greeting and solidarity to all the peoples and governments of Mother Africa, recalling the need to strengthen ties and cooperation between both regions, especially between the African continent and South America.