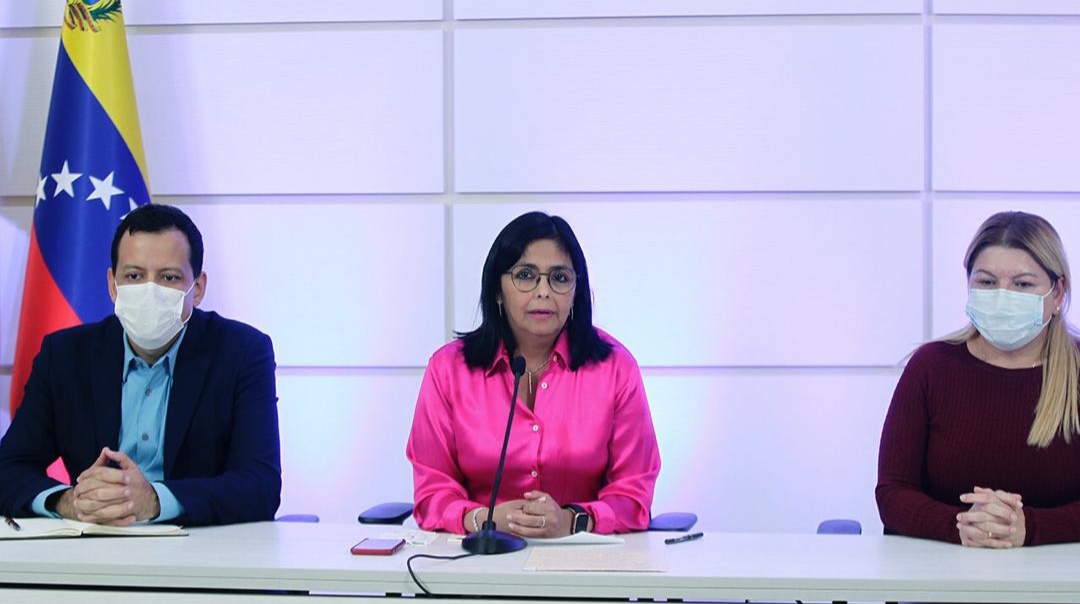 Vice-president Delcy Rodríguez reiterated that the illegal, financial, economic blockade imposed on Venezuela by the U.S. government hinders the purchase of medicines and food, directly affecting the lives of millions of Venezuelans.

Rodríguez pointed during a briefing that as the world is facing difficult times due to COVID-19, unscrupulous countries such as the United States seize the opportunity to perpetrate meddling actions against sovereign nations like Venezuela.

“The U.S. financial blockade prevents the access to medicine and food suppliers,” asserted the Venezuelan vice-president.

Economic sanctions against Venezuela have been extended and hardened since 2015 with the first U.S. executive order, which is aimed at creating a social crisis to force a change of government and inflicting suffering in children, men, women and the elderly.

On a daily basis, Venezuela is resisting the U.S. and its allies’ aggressions such as coups, opposition violence, induced inflation, attacks against its currency and military intervention threats, but the financial blockade is the most serious one since it seeks to asphyxiate the South American country’s economy and create a social crisis that justifies an arbitrary change of government.