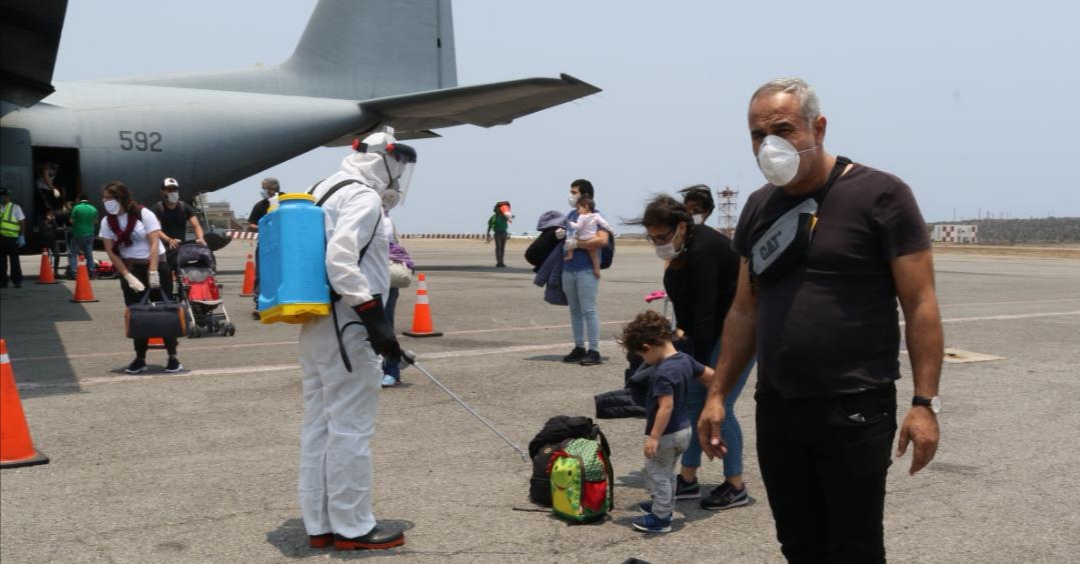 52 Venezuelans return from Uruguay thanks to binational coordination

On Monday, April 20, 52 Venezuelans arrived at the Simon Bolívar International Airport on a Uruguayan Air Force airplane from Uruguay, a country with which the Bolivarian Government established a humanitarian airlift amid COVID-19.

Rander Peña, vice minister for Latin American of the Venezuelan Foreign Affairs Ministry, received these citizens who were stranded after their flights were suspended due to sanitary control measures to stop the spread of coronavirus in the region.

“In a joint effort, President Nicolás Maduro ordered the coordination with the government of the Oriental Republic of Uruguay to guarantee the return of Venezuelans in that country and Uruguayans in Venezuela,” said the vice minister.

Peña explained that these Venezuelans returning from Uruguay will undergo sanitary protocols and will be isolated for a few days in the tourist center Los Caracas, in La Guaira state, which has been set up to do COVID-19 tests and rule out cases, to later be sent to their houses, where they should comply with self-quarantine.

Since flights were suspended in the region to contain the spread of COVID-19, the Bolivarian Government has sent more than 20 humanitarian flights to bring back Venezuelans from different countries, including 100 from the Dominican Republic and 276 from Mexico, where a group of Venezuelan citizens returning from the United States had to travel to board the Conviasa airplanes.

Conviasa, Venezuela’s state-run airline, is under unilateral coercive measures preventing it from landing on U.S. soil.