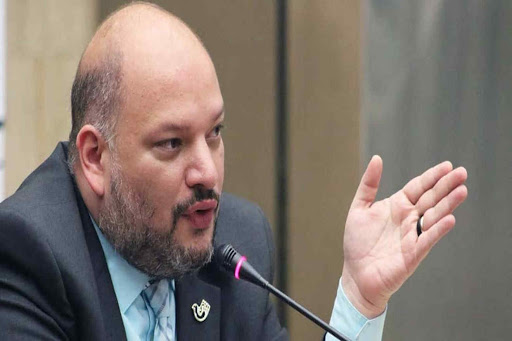 During an interview offered to the “International Context” program, broadcast through Radio Kawsachun Coca, in Bolivia, the Vice-minister for North America of the People’s Power Ministry for Foreign Relations, Carlos Ron, explained how does the Bolivarian Government fights the impacts of the Covid-19 global pandemic despite the imposition of unilateral coercive measures by the United States government.

“From early on we have taken important measures such as the national quarantine and other more rigid measures (…) we are also the country in Latin America that has carried out the most tests, over 40 thousand on the people in general”, he said.

He pointed out that the National Government took measures even before having the first case to flatten the contagion curve and to somehow prevent the impact that the virus has had in other countries.

“We are fighting it (the Covid-19) with support for national production and we have built alliances with friendly countries in recent years based on complementarity and solidarity (…) such as Cuba, China and Russia, they have given us kits for the Covid-19 tests, some necessary supplies and medicines, and we have also worked closely with the World Health Organization”, added the Vice-minister.

Likewise, he denounced that the United States government has seen the opportunity to combine the difficulties of the pandemic with its attacks, and try to bring a change of government in Venezuela. At the same time, he spoke about the proposal of a supposed “Transition Plan” to install an illegal interim government.

Regarding the blockade, he said that Venezuela has already been suffering for several years from unilateral coercive measures, which they (the United States) call sanctions, but that paradoxically, “have no authority to sanction Venezuela”.

“The internal management of the United States with this pandemic has been terrible, the numbers of deceased increase more as the days go by, and exceed those of China”, said Vice-minister Ron.

He ended his intervention by pointing out that the actions of the United States against Venezuela is a distraction in times of the electoral campaign so that the American people focus on an alleged war against drug trafficking, and not on the mismanagement of the crisis caused by Covid- 19.