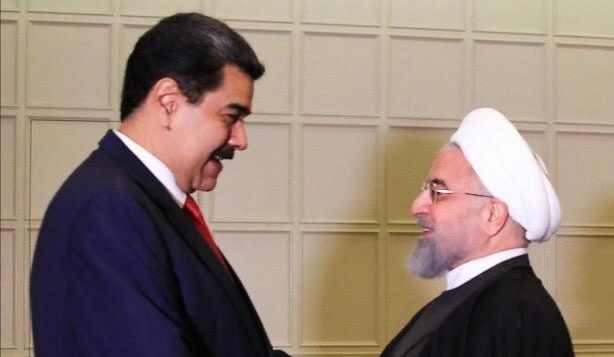 Venezuela and the Islamic Republic of Iran will strengthen ties to fight against the unilateral coercive measures imposed by the U.S. government, informed President Nicolás Maduro after a telephone conversation with his Iranian counterpart Hassan Rouhani.

“We assessed a common front to fight the imperial sanctions affecting our nations. Likewise, I thanked Iran for tits support to reach the oil agreement that will stabilize the world market. The friendship between our peoples strengthens,” wrote the Venezuelan president on his Twitter account @NicolasMaduro.

President Nicolás Maduro also stressed that during the telephone conversation they shared important elements on the fight they are putting up against the COVID-19 pandemic.

Venezuela and Iran keep stable cooperation relations in fields such as science and technology, industry and politics, respect and consolidation of a new multipolar, multicentric world for the self-determination of their peoples.

The U.S. empire has escalated its destabilizing actions against the Islamic Republic of Iran by imposing coercive measures to affect Iran’s economy and attacking the Iranian Armed Forces as it killed in January the Commander of the Revolutionary Guards’ Quds Force Qassem Soleimaini.