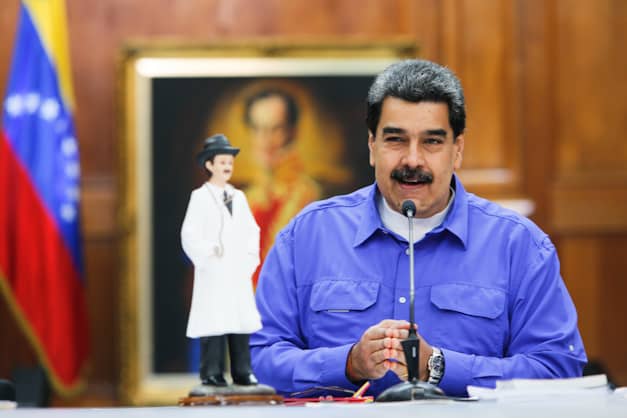 President Maduro: ‘Oil market will be the foundation for post-pandemic economic recovery’

“Oil prices will stabilize. The oil market will stabilize and it will be the foundation for the financial, commercial and economic recovery of the post-pandemic world,” said President of the Bolivarian Republic of Venezuela Nicolás Maduro on Sunday, March 12, as he celebrated an agreement reached by the OPEC+ to reduce oil output by 23%.

The deal aims to stabilize oil prices and make the global economy more dynamic amid the health crisis caused by the COVID-19 pandemic in the world.

“We (OPEC+) have ratified agreements to stabilize the world’s oil market and recover oil prices.”

The agreement was reached during a meeting held via video conference, headed by Saudi Arabia’s Energy Minister Abdulaziz bin Salman and with the participation of the OPEC+ countries that endorsed the Declaration of Cooperation for a voluntary production adjustment in November 2016.

For the first time in history, these agreements have been endorsed by the G-20, stressed President Maduro as he also mentioned that political and ideological differences must be put aside in difficult times when the goal is to save humankind.

Even U.S. President Donald Trump wrote that “the big Oil Deal with OPEC Plus is done,” commented the Venezuelan president.