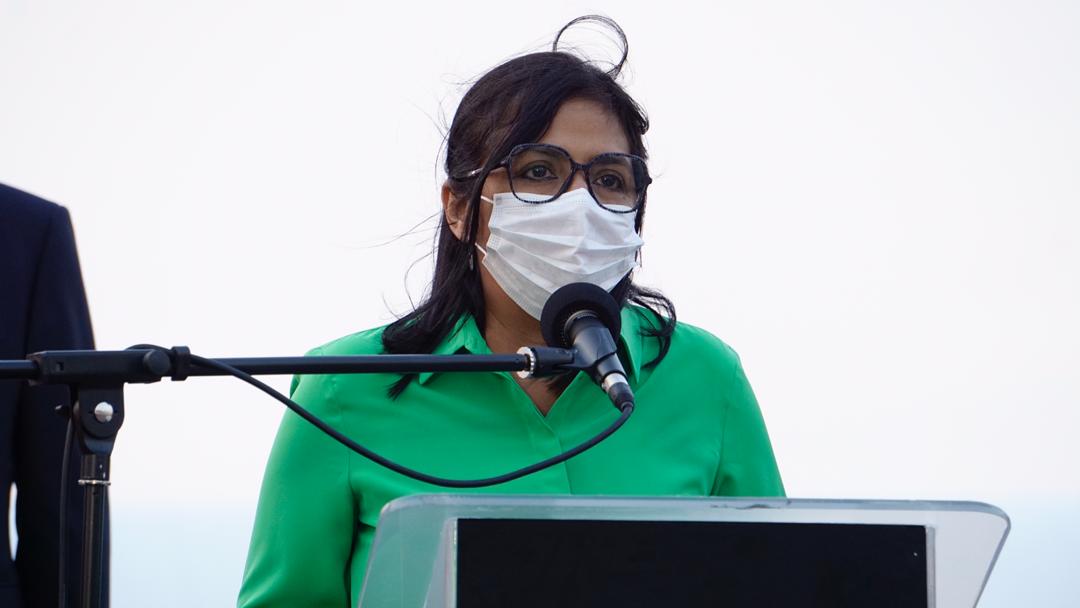 Vice-president Rodríguez to Trump: Stop your hateful actions and help the world before Covid-19

The Executive Vice-president of the Republic, Delcy Rodríguez, made a call for peace on Saturday against the systematic aggression by the Donald Trump administration against Cuba, Iran, Syria and Venezuela, in order to end these sanctions and allow the necessary supplies to enter to eradicate this pandemic.

“I wish his hatred would cease and he would lift the sanctions against Cuba, Iran, Syria and Venezuela that would allow us to acquire medicines and food to deal with this fight against the Covid-19”, Rodríguez urged after receiving a new shipment at Maiquetía International Airport. of humanitarian technical assistance from the Asian giant.

In this sense, she stated that the Donald Trump government does not approve the cooperation between China and Venezuela, demonstrating his hatred against both sister nations that fight against Covid-19.

“Mr. Donald Trump said yesterday that cooperation between China and Venezuela made him very unhappy. I wish Mr. Donald Trump could emulate what China is doing for the world and deflect his hatred against the people through criminal blockades, even In the midst of the fight against this terrible pandemic that is plaguing humanity today, and extend a generous and solidary hand both to his people, who today are at the epicenter of this virus, and to neighboring peoples”, he said.

Likewise, Rodríguez highlighted that the People’s Republic of China has contributed with more than 90 countries, taking their love and solidarity to all these nations, with the purpose of applying the best medical strategies in the fight against this virus and being an example country for the world.

“Our relationships should not make him unhappy, but make him reflect and thus try to be a different person. He still has possibilities of helping the world and humanity, but he would have to put aside all the hatred and rancor that motivates him to pursue and attack other nations”, emphasized the Executive Vice-president.

It is important to mention that the Bolivarian Government recently issued a letter addressed to the people of the United States, in order to express their solidarity in the face of the health crisis they are facing in the due the Covid-19 pandemic and to call for peace, in the face of systematic aggression of the Donald Trump administration against Venezuela.