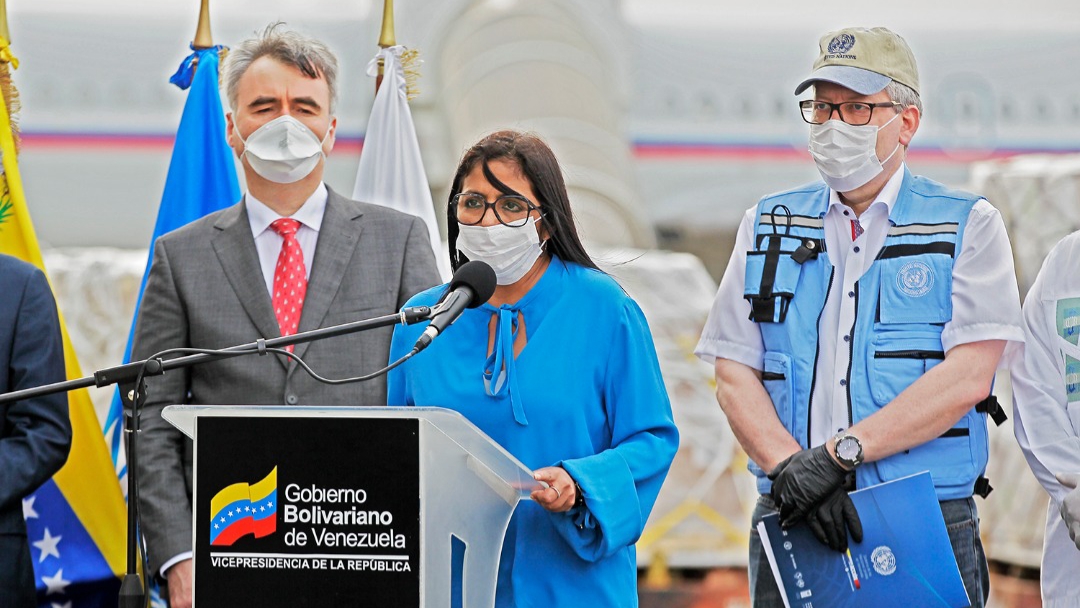 The Government of the Bolivarian Republic of Venezuela expressed its solidarity with Director-General of the World Health Organization (W.H.O.) Tedros Adhanom Ghebreyesus over recent imperial attacks against him and the organization he heads.

“We want to raise our voice in solidarity with the World Health Organization and Director-General Tedros Adhanom. As you well know, in recent days he has been the victim of attacks and racist expressions,” said the Venezuelan Vice President Delcy Rodríguez.

She acknowledged “the UN efforts as it issued an early alert on this pandemic and timely announced the measures that had to be taken and that are signaling the path we should follow by implementing individual and multilateral mechanisms to fight this pandemic.”

The Venezuelan vice president stressed that Venezuela agrees with the W.H.O. on “implementing a political quarantine. We cannot politicize the fight against this pandemic. The governments of the world must unite and adopt sanitary and epidemiological cooperation mechanisms to face this 21st century pandemic.”

“The Bolivarian Republic of Venezuela joins the voices of solidarity the world is raising to support the W.H.O.,” she said.

Rodríguez stated that the right path to face COVID-19 is “mutual cooperation, friendship and support to overcome this crisis. Together with the UN and fraternal countries that understand cooperation from a fraternal and friendly stance, Venezuela will continue its path and the Venezuelan people will continue overcoming this situation.”