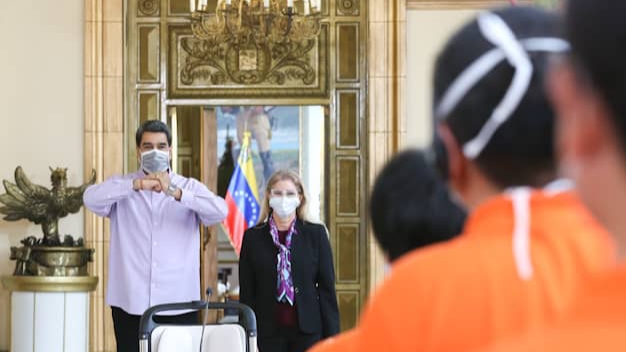 The Head of State and government, Nicolás Maduro Moros, denounced the new attack by the Donald Trump administration, against the World Health Organization (WHO), in his intention to suspend the financial contribution of his government to the body.

“In the despair of Donald Trump’s failure against the Coronavirus (COVID-19), there is nothing left to do but to attack China, and the World Health Organization (…) Venezuela rejects the attacks and asks the world for support for its CEO Tedros Adhanom”.

The dignitary condemned the action of the North American government, pointing out that Donald Trump “is a professional at blackmailing and extorts the World Health Organization with the money which the United States is obliged to donate, at the moment that the organization needs more support and money to face the pandemic”, he said.

He also thanked the WHO Director-General for all the support and assistance that he has provided to Venezuela in the midst of the pandemic.

Last Tuesday, April 7, the President of the United States, Donald Trump, threatened the WHO to withdraw the funds that the North American State provides to the organism for considering having a biased attitude towards the People’s Republic of China.