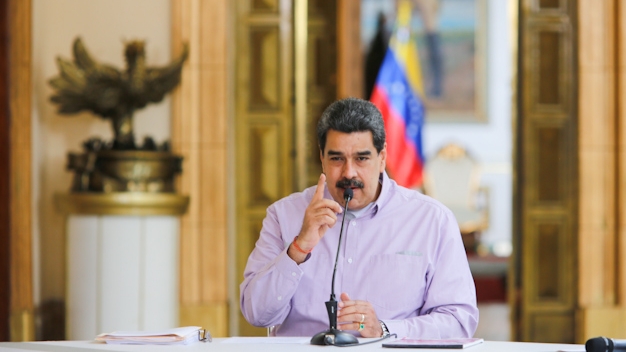 Curfew in border areas of Táchira is 100 percent fullfiled

The curfew in the Simón Bolívar municipalities (San Antonio del Táchira), and in the Pedro María Ureña municipality (Ureña locality), has been 100% fulfilled.

This was reported by the People’s Power Minister for Defense, Vladimir Padrino López, who specified that the measure is carried out from 4pm until 10am the next day, as part of the preventive actions taken by the Bolivarian Government to contain the chain of contagion of the Coronavirus (Covid-19) given the current situation in Colombia, due to the pandemic.

The Minister indicated that the Bolivarian National Armed Force (FANB), in conjunction with the health authorities, has implemented a device to assist nationals arriving in the country from Ecuador, Colombia, among other nations.

The first phase comprises a process of identification, migratory status, and a rapid test to detect and discard Covid-19.

Later, the migrants go to an accommodation area to comply with the preventive quarantine, where they also have food and the necessary medical attention.

This Wednesday, April 8, for the closing of this report, a total of 312 people have entered the Táchira border, and some 220 more are in transit, Padrino López said.

The Minister of Defense reported that the FANB is also attentive to the traffic along the so-called trails and / or informal roads, “preventing people from evading the epidemiological fence and the security issue, given all the discoveries of the constant conspiracies that the Colombian government encourages in its territory to attack Venezuela”.

It is then a comprehensive plan that includes: security, medical care, solidarity and warmth for the people of Venezuela who return to their homeland, said the Minister for Defense.

The statements were made by Padrino López during a meeting with the Presidential Commission for the Prevention, Attention and Control of the Coronavirus, held at the Miraflores Palace and which was chaired by the Head of Sstate and government, Nicolás Maduro Moros.