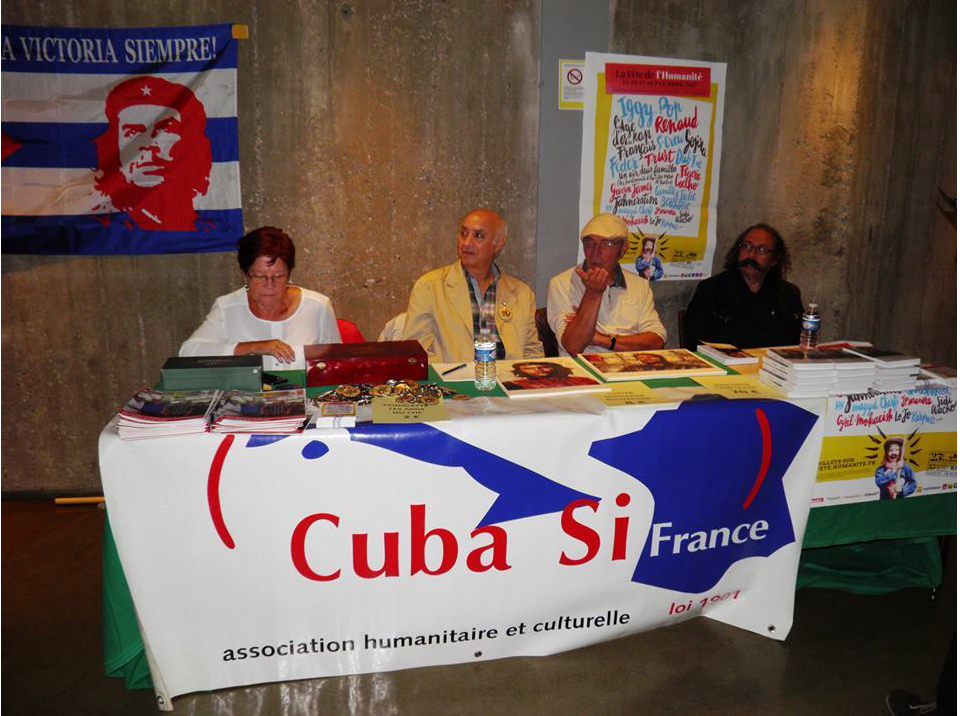 The Franco-Latin American solidarity group Cuba Sí France expressed its support for Venezuela through a statement, in which it “condemns with the greatest energy” the vile warlike acts by the United States against Venezuela, which places the North American country “in the rank of the barbarians” and “on the fringes of humanity”.

Cuba Sí France stresses that the “true objective” of the US government is not “to fight drug trafficking”, but “to establish an economic and commercial blockade on Venezuela to suffocate its people”.

The association points out that Trump’s actions are “a desperate attempt to divert the attention of his compatriots from his more than dire management of the Covid-19” in his country and, in this sense, the association also “condemns the unbearable accomplice of the European Union, and France in particular”.

Cuba Sí France, a group created in 1991 to support the Cuban Revolution and demand the end of Washington’s blockade on Cuba, “calls on the civilized world to strongly protest against this new crime against humanity”, while calling for “immediate lifting of all the inhuman blockades”.

Here is the full statement.

A cruel and genocidal act of piracy that once again places the United States on the margins of humanity.

After failing in all his coup attempts and other twisted maneuvers to overthrow the Bolivarian Republic of Venezuela, after daring to accuse President Nicolás Maduro of being a drug trafficker and putting a price on his head, Donald Trump, in a desperate attempt to divert the attention of his compatriots from his more than dire management of the Covid-19, and under the fallacious pretext of fighting drug trafficking in the region, sends a war fleet near the Venezuelan coasts, whose true objective is to establish a Venezuela’s economic and commercial blockade, to suffocate its people, while the country dedicates all its efforts and resources to the fight against the pandemic.

Cuba Sí France condemns with the greatest energy an ignoble act of war, which places the United States in the rank of the barbarians.

Cuba Sí France condemns the unbearable accomplice of the European Union, and of France in particular, which quickly dispatched two helicopter carriers to the region.

Cuba Sí France calls on the civilized world to strongly protest against this new crime against humanity.

Cuba Sí France calls for the immediate lifting of all the blockades, including the blockade against Cuba, which has besieged that country for 60 years, so that all these peaceful peoples can effectively fight the pandemic.