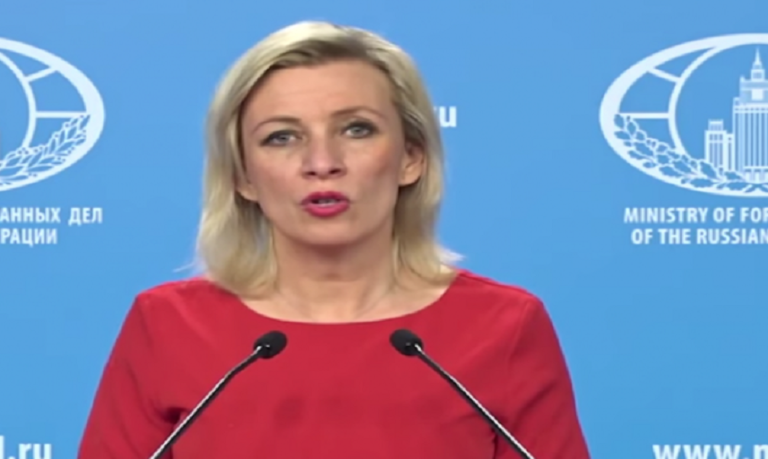 The U.S. government is trying to take advantage of the epidemiological situation in Venezuela to stage a coup d’etat, said Russian Foreign Ministry said on Thursday according to the Venezuelan News Agency (AVN).

With these statements, Vladimir Putin’s government rejects the U.S. political maneuvers against Venezuela amid the South American country’s fight against the COVID-19 pandemic.

Maria Zakharova, spokeswoman for Russia’s Foreign Ministry, described U.S. claims to launch the biggest anti-drug operation in the last 30 years and allegedly punish drug traffickers, among which the U.S. includes high-ranking Venezuelan leaders, as totally illogical, as its close ally, Colombia, is the top drug producing country of the world.

“It seems that in the midst of the COVID-19 pandemic, the U.S. has no better thing to devote its time to,” said Zakharova, in clear reference to the catastrophic epidemiological situation in the U.S., where only yesterday, more than 1,000 people died.

“The idea of a coup still remains in the minds of some politicians in the United States,” said Zakharova, who also objected to the blocking of assistance to Venezuela through the IMF and the harassment against Venezuelan high-ranking officials, including the head of state.

Russia joins the UN’s, the OHCHR’s, and other countries’ calls for putting an end to political prejudices and promoting cooperation among nations in the face of the COVID-19 pandemic.

Zakharova stressed that even in Venezuela, opposition sectors are making proposals to join efforts to fight coronavirus and its effects.