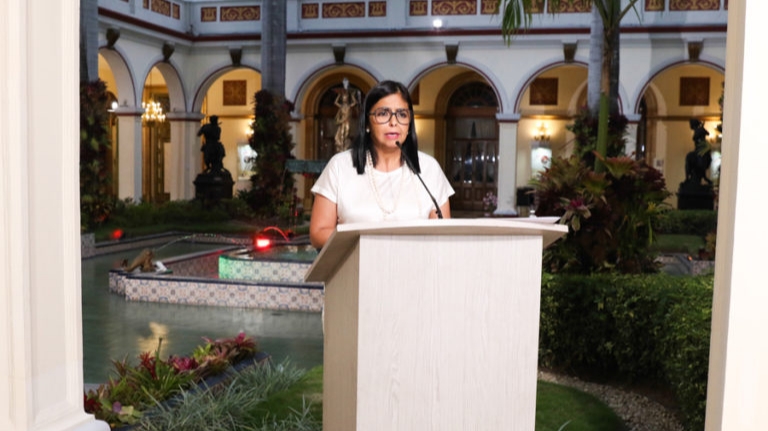 The number of COVID-19 cases rose to 146, informed Vice President Delcy Rodríguez after a meeting held by the Presidential Commission for the Prevention and Control of Coronavirus (COVID-19) at the Miraflores Presidential Palace.

Rodriguez explained that the two new cases recorded on Thursday are two men from the state of Trujillo (Venezuela’s west).

“One of the patients that tested positive today died,” said the vice president, who mourned the death of this “65-year-old patient from the state of Trujillo infected by his son, who arrived from Ecuador and Peru.  Unfortunately, his father suffered from chronic obstructive pulmonary disease and every three months or every other time had to be hospitalized. He was also hypertensive, diabetic and a smoker.”

Likewise, Vice President Rodríguez reported that “a few minutes ago, another person died, a 63-year old man from Miranda state who was in an Intensive Care Unit at a private clinic in the east of Caracas.”

With this case, the number of deaths in Venezuela increased to 5.

She said that the son of one of the deceased patients is one of the cases reported today. “It is the typical case where a family group is infected. Unfortunately, the condition of one of them was extremely serious and died last night.”

Rodríguez also reported that the number of recovered patients accounts to 29%.

“The monitoring we have carried out through the Health Ministry and the Barrio Adentro healthcare program is very important.”

The Bolivarian Government has implemented strategies to avoid the spread of the virus including containtment and control measures to break the propagation with the support of countries such as China and Russia.

The Venezuelan vice president called on all citizens to take precautions and observe the recommendations and guidelines issued by the government during the 17 days of social, collective quarantine.