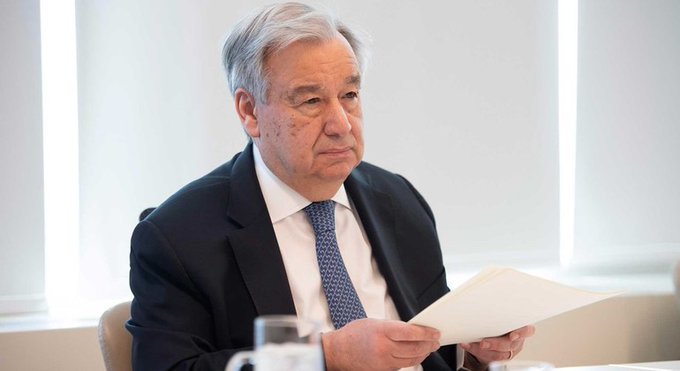 During his participation in a virtual summit of leaders from the G20 countries, including the United States, Guterres called for the lifting of sanctions that harm the response ability of countries amid the pandemic.

During the summit, UN secretary-general warned that “we are in the middle of a war against coronavirus, and we are not winning it. This battle requires a ‘war-time’ plan” to fight it.

“It took the world three months to reach 100,000 confirmed cases of infection. The next 100,000 happened in just 12 days. The third took four days. The fourth, just one and a half. This is exponential growth and only the tip of the iceberg,” said Guterres to the G20 leaders and he expressed that interrupting the propagation of coronavirus demands a coordinated response from the Group guided by the World Health Organization.

Guterres explained that “we need more resources for the International Monetary Fund (IMF) and other international financial institutions, a significant leverage of Special Drawing Rights, and coordinated exchanges between central banks and debt relief measures.”

The governments of Venezuela, China, Russia, Iran, Syria, Nicaragua, Cuba and the Democratic People’s Republic of Korea addressed a letter to the UN Secretary-General Antonio Guterres asking the multilateral organization to call for the immediate lifting of the illegal, coercive and arbitrary measures.