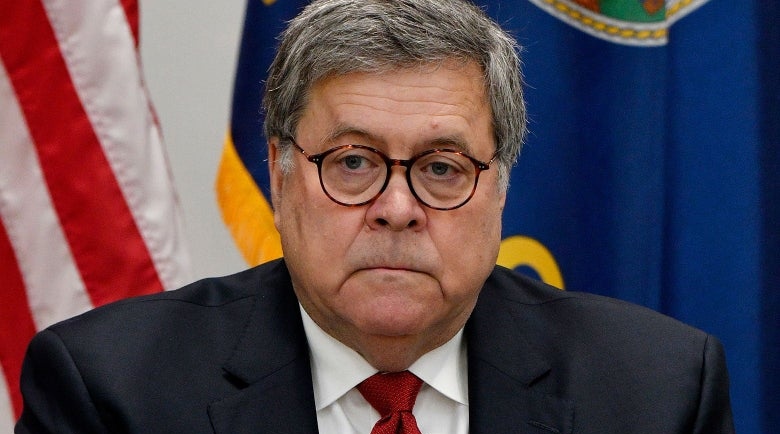 Misión Verdad: The US outsources its operations for the assassination of Nicolás Maduro

In the midst of Venezuela’s fight against Covid-19, the Trump Administration has taken a dramatic and unprecedented step in criminal maneuvers seeking to overthrow the Venezuelan government. It’s official: The United States opts for the outsourced route of armed violence, relying on a court case without evidence.

False accusation of the main narco-state on the planet

In the absence of solid evidence, Justice Department prosecutors have appealed to a propaganda product that has been the spearhead of US and Europe communications attacks for several years against Venezuela: the non-existent “Cartel de los Soles”.

According to the Department of Justice

“since at least 1999, Maduro Moros, Cabello Rondón, Carvajal Barrios and Alcalá Cordones acted as leaders and managers of the Cartel de los Soles (…) to facilitate the importation of tons of cocaine into the United States. The Cartel of the Soles sought not only to enrich its members and improve their power, but also to flood the United States with cocaine and inflict the harmful and addictive effects of the drug on the users of the United States”.

That same year, it was also announced that the Mexican cartel Los Zetas laundered its profits from drug trafficking in the JP Morgan bank, making direct transfers from Mexico under an amalgam of funds and companies that placed the focus of the authorities also on the Wells Fargo bank.

All of these banks continue to function as if nothing had happened.

The Justice Department tries to hold Venezuela responsible for the flood of cocaine into the United States, even though it has been demonstrated by its own anti-drug agency that the increase in consumption that affects millions of Americans lies in the uncontrolled production of Colombian cocaine.

They are also trying to position Venezuela as a “transit country” for cocaine to the United States, although data provided by the US government itself indicates otherwise.

As an article from this rostrum reviewed at the time, the narrative of the “Cartel de los Soles” is above all eccentric and inexplicable.

It has been promoted as a broad and dangerous organization, but there are no conditions to demonstrate it: there is no murderous fight between cartels, as in Mexico or Colombia; a stash bearing the mark of this alleged organization has never been seized, nor is it known that army logistics is being used to traffic drugs.

The ghostly “Cartel de los Soles” is a product for mass consumption that reinforces the narrative of the hawks and the most extreme sector of the Venezuelan right.

The statement that Venezuela is a narco-state directed by Nicolás Maduro and Diosdado Cabello It is totally illogical. In 2010, according to a Wikileaks leak, the then-US ambassador to Venezuela, Patrick Duddy, wrote to the State Department acknowledging the extradition of the drug trafficker Salomon “Big Daddy” Camacho by the Venezuelan authorities.

In the wake of the Justice Department’s fallacious accusation, Secretary of State Mike Pompeo signed an official statement authorizing the offer of “a reward of up to $ 15 million for information related to Nicolás Maduro. The Department also offers rewards of up to $ 10 million each for information related to Diosdado Cabello, Hugo Carvajal Barrios, (Clíver) Alcalá Cordones and Tareck El Aissami”.

To include the Department of Justice implies additional institutional coverage to the 2015 Executive Order, to justify a direct aggression against the country’s political-military high command, knowing that a large-scale armed intervention is out of the equation due to the economic and energy position of China and Russia in Venezuela, and also, because of the political cost that would entail declaring war on a country that is fighting a pandemic under conditions of blockade and illegal sanctions.

Another armed plan from Colombia that failed: Clíver Alcalá’s key

On Wednesday, March 25, the Minister of Communication and Information, Jorge Rodríguez, alerted the public opinion at a press conference about the “existence of three training camps in the city of Riohacha, Colombia, where the same number of paramilitary groups are being training with weapons and explosives to carry out terrorist attacks in Venezuela, with the support of US mercenaries and the government of that country”.

The plan was to promote selective assassinations of high-level Venezuelan officials, including the placement and detonation of bombs in Venezuelan military units and centers of political power, with the aim of generalizing a situation of chaos and terror taking advantage of the Covid-19 situation.

But the central objective of the operation was a new attempt to assassinate President Maduro.

Alcalá acknowledged through his Twitter account that the weapons seized by the Colombian police were part of the plan and assumed that with them the “liberation of Venezuela” would begin. He later confessed that they “were part of an agreement between him and Juan Guaidó with American advisers that was intended to be used in an operation against Nicolás Maduro”.

The former Venezuelan general has participated in other plans to direct armed incursions from Colombia against Venezuela, assuming a leading position in the creation of a mercenary army nourished by deserters from the Bolivarian National Armed Forces (Fanb) last year, advised by the US military.

Dragging Colombia to the precipice: the neoliberal and private war

With the offer of “rewards” by the head of Maduro and other leaders, the United States has outsourced the war against Venezuela, taking advantage of the ecosystem of military contractors and irregular groups that live in Colombia, guarding the businesses of multinationals.

Thus, in times of health crisis and electoral campaign, the White House washes its hands, privatizes the war against Venezuela, placing millions of dollars on the table and saves the political and economic cost of direct intervention.

Accelerating the coup: The norieguization of Nicolás Maduro

The devastating global effects of Covid-19 have also shattered expectations of regime change by employing the figure of Juan Guaidó. While the Venezuelan government has taken the measures required by the World Health Organization (WHO), being recognized by the United Nations system, Guaidó has remained in the media anonymity and without a presence on the national and international political scene.

In recent days, the Venezuelan government proposed coordination with multilateral entities to reinforce the national fight against the pandemic, thus pressing for the lifting of the economic blockade imposed by Washington and endorsed by multinational corporations.

In light of this reality, the United States has been forced to escalate its pressures against Venezuela by appealing to the mantra of “national security”, an aspect that attempts to create a historical mirror dangerously close to the invasion of Panama in 1989, which led to the Capture of President Manuel Noriega, also accused of drug trafficking by the United States.

President Maduro’s international offensive, along with his early and timely reaction to the Covid-19 crisis, have exasperated the White House, precipitating increasingly erratic measures, such as encouraging the murder or kidnapping of a Hhead of Sstate and key officials of a government on which millions of people depend to overcome the most dangerous pandemic of the 21st century.

Here is the Special Report of Misión Verdad: