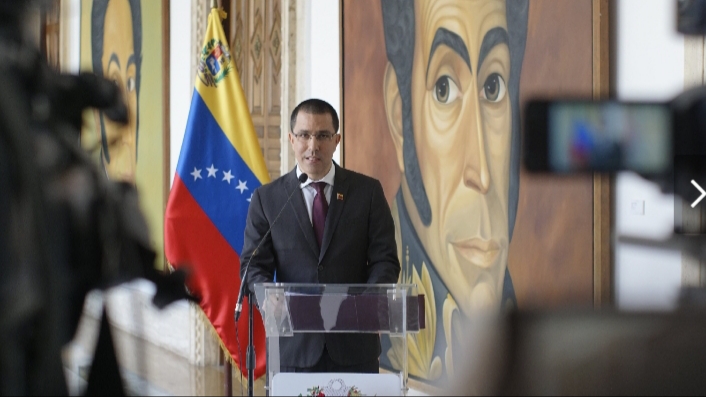 Minister of People’s Power for Foreign Affairs Jorge Arreaza described a statement by Colombia’s foreign affairs ministry on the US Attorney General’s announcement as an action carried out by a miserable, subdued narco-government associated with the United States.

“This statement can only be issued by a miserable, subdued narco-government associated with the United States in the most lucrative and perverse world business of drug production and distribution that kills and enslaves millions of young people in the United States,” posted the Venezuela diplomat on his Twitter account @jaarreaza.

Likewise, Arreaza denounced that Colombia and the United States have a lucrative and perverse business worldwide: the production and distribution of drugs.

The statement by the Colombian foreign affairs ministry was issued after statements delivered by the US administration against President Nicolás Maduro and other Venezuelan high-ranking officials in order to play down the high recognition Venezuela has received in the fight against drug trafficking.