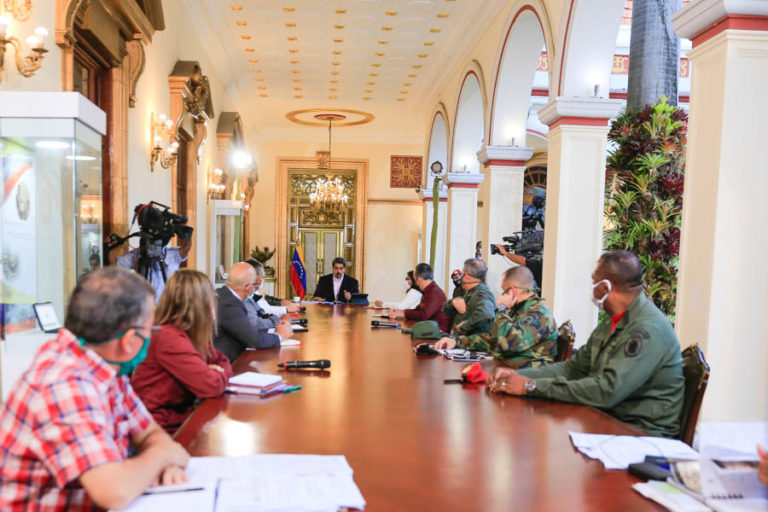 Embassy of Spain is the seat of conspiracy plans against Venezuela

The President of the Republic, Nicolás Maduro Moros, instructed the Venezuelan Foreign Minister, Jorge Arreaza, to take the necessary steps before the government of Spain, “because from their embassy in Caracas they are conspiring to kill political and military leaders of Venezuela”.

The instruction follows the public confession made this Thursday by the head of the terrorist groups that train in Colombia, Clíver Alcalá, to a Colombian media.

“There is Cliver Alcalá saying that the plan to kill us was directed by (Juan) Guaidó and that the fugitive from justice Leopoldo López, from the Spanish embassy, ​​knew everything, he was aware and agreed (…) -from those facilities- he is conspiring”, he denounced.

In this context, the President indicated that the terrorists will not be able to “remove us from the center of humanism and love”, since “there are thousands and thousands of us are working on, and that is the right way. I carry the loads that must be carried, but the Venezuelan people must remain united”.

Earlier, the Sector Vice-president of Communication, Culture and Tourism, Jorge Rodríguez, questioned the position of the Venezuelan extreme right, when showing the confessions that Alcalá made to the Colombian media “W Radio”, in which he assumes his responsibility in the planning of terrorist acts in Venezuelan territory, under the auspices of the North American government, the deputy Juan Guaidó and the Colombian oligarchy.