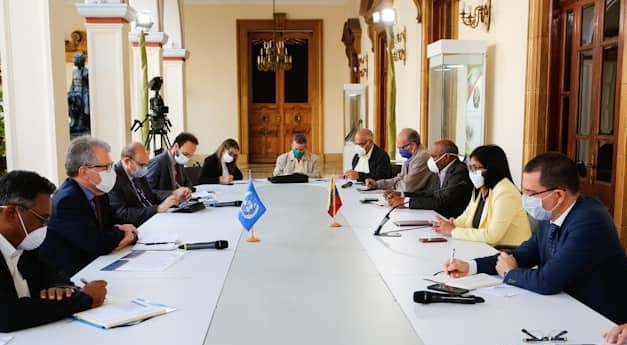 In order to agree joint actions to contain the propagation of COVID-19, Venezuelan Government’s authorities held a meeting on Wednesday, March 25, with delegates of the UN System in Venezuela.

Earlier this week, Foreign Affairs Minister Jorge Arreaza held a meeting with UN representatives to define work mechanisms such as the support the UN will provide to Venezuela.

The UN cooperation includes the PAHO and UNICEF mediation to favor the Ministry of People’s Power for Health in order to implement effective sanitation control measures.

Previously, Venezuelan President Nicolás Maduro announced the UN’s will to support Venezuela in the fight against COVID-19.