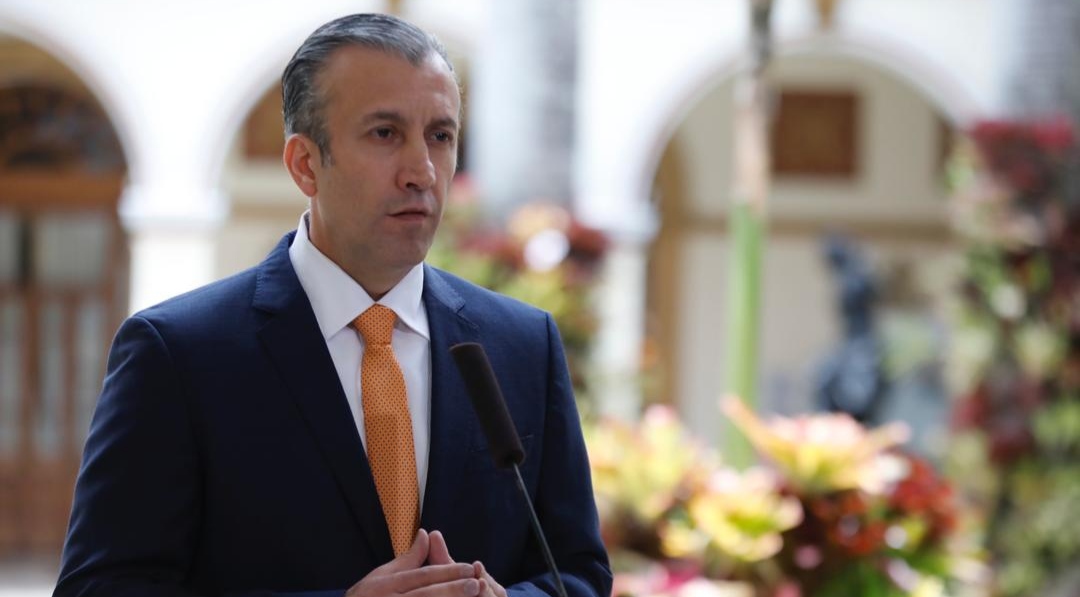 The Sector Vice-president of the Economic Area, Tareck El Aissami, announced on Tuesday that the exceptional measures in economic and financial matters, dictated by the President of the Republic, Nicolás Maduro Moros, are aimed at protecting the socioeconomic stability and productive capacity of companies from the industrial sector, affected by the Covid-19 pandemic.

From the Miraflores Palace, he offered details of the measures approved by the Head of State, in the framework of the National and International Emergency due to the Coronavirus pandemic.

In this sense, he reported on the activation of the Special Payroll Plan for small and medium-sized companies and businesses, through the Sistema Patria (Homeland System), for six months, to guarantee the socioeconomic stability of the companies that, as a result of the quarantine, have ceased their activities.

This Plan will be activated upon request of the companies that require it, with the intention of guaranteeing the socio-economic stability of the workers, through the page instituto.patria.org.ve, where they must upload the list of their workers.

Likewise, the Patria platform will continue to strengthen the bond protection system for the people. During this month of March two bonuses, March of Loyalty and Discipline and Solidarity, were delivered to 9 million people.

“Today two visions are opposed, the capitalist vision that tries to deny the gravity of this pandemic to protect the financial markets and the big capitals, and the socialist vision that puts human beings, men and women and the family at the center of the political agenda”, said El Aissami, referring to the measures taken by Venezuela and those of the capitalist governments against the pandemic.

Among the measures announced by the Head of State, to protect the Venezuelan workers and family, El Aissami highlighted the publication of Decree No. 4,167 on Protection and Stability, dated March 23, which ratifies labor immobility throughout the territory national until December 31, 2020, for the comprehensive defense of the workers of the Homeland.

“This policy that has been implemented in Venezuela since 2002 in defense of workers and their job stability. In this opportunity we have activated all the instances for the fulfillment of this Executive Decree”, he maintained.

This measure seeks to protect entrepreneurs, merchants and small industries from all sectors of the national economy. It also extends to all Venezuelan families, whose main residence is leased.

The head of the Vice-presidency of Economy announced the approval of resources to guarantee the distribution of 7 million CLAP for families until August 2020, within the framework of the Centralized Public Procurement Plan, approved by the Head of State.

The main objective of this Plan is to strengthen the purchase of food in the national economy.

In his speech, he highlighted that the Local Supply and Production Committees (CLAP), created in by President Nicolás Maduro to face the effects of the criminal sanctions of the United States, are the vanguard to face this crisis of the COVID-19

In this regard, he mentioned that these measures adopted by President Maduro since 2016 with the creation of the Bolivarian Economic Agenda, the CLAPs and the Gran Misión Abastecimiento Soberano to prioritize the Agri-Food, Pharmaceutical and Industrial engines, today are an essential part of the policies and measures to face and mitigate this conjuncture of COVI-19.

Finally, he rejected and condemned the arbitrary and illegal sanctions imposed by the United States against Venezuela.