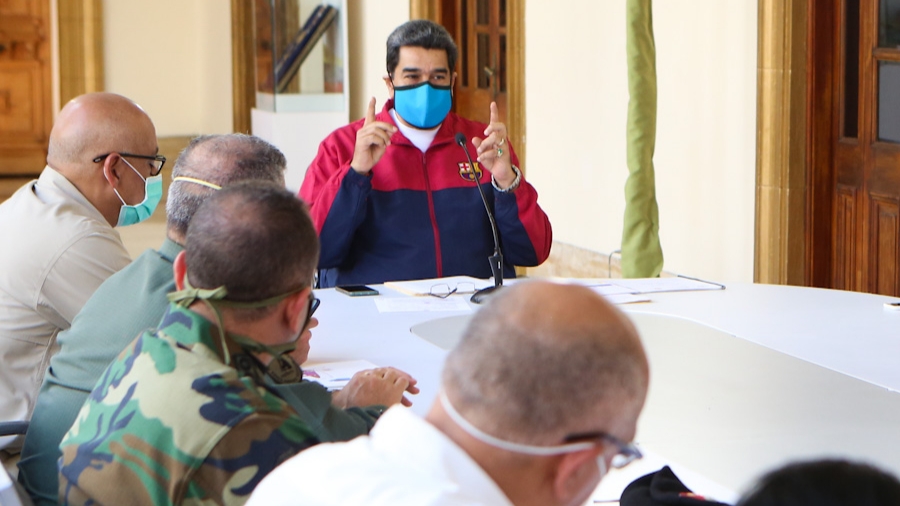 President Maduro: Lifting of sanctions imposed by the U.S. must be a national outcry

The lifting of sanctions imposed by the U.S. administration must be a national outcry, said the President of the Bolivarian Republic of Venezuela Nicolás Maduro on Tuesday as he joined the Venezuelan people in prayer for the country amid the crisis caused by the COVID-19 pandemic.

The Venezuelan president referred to the U.S. blockade as he said that “the European Union delivered positives statements on this matter.”

“The UN High Commissioner for Human Rights Michelle Bachelet made a very positive statement today, and the UN System is making efforts so that sanctions against those persecuted countries are lifted,” he remarked.

President Maduro explained that “the world’s conscience has been roused against the blockade and criminal sanctions” on Venezuela. “We are not going to stop until all the blockades and sanctions are lifted amid the COVID-19 pandemic,” he said.

“We were discussing today a number of legal, political and diplomatic actions. It must be a national outcry. Venezuela’s conscience must demand it,” he said.

“The UN High Commissioner for Human Rights Michelle Bachelet joins the fair, human and urgent global outcry as he considered that ‘at this crucial time, sectoral sanctions should be eased or suspended’,” tweeted Arreaza.