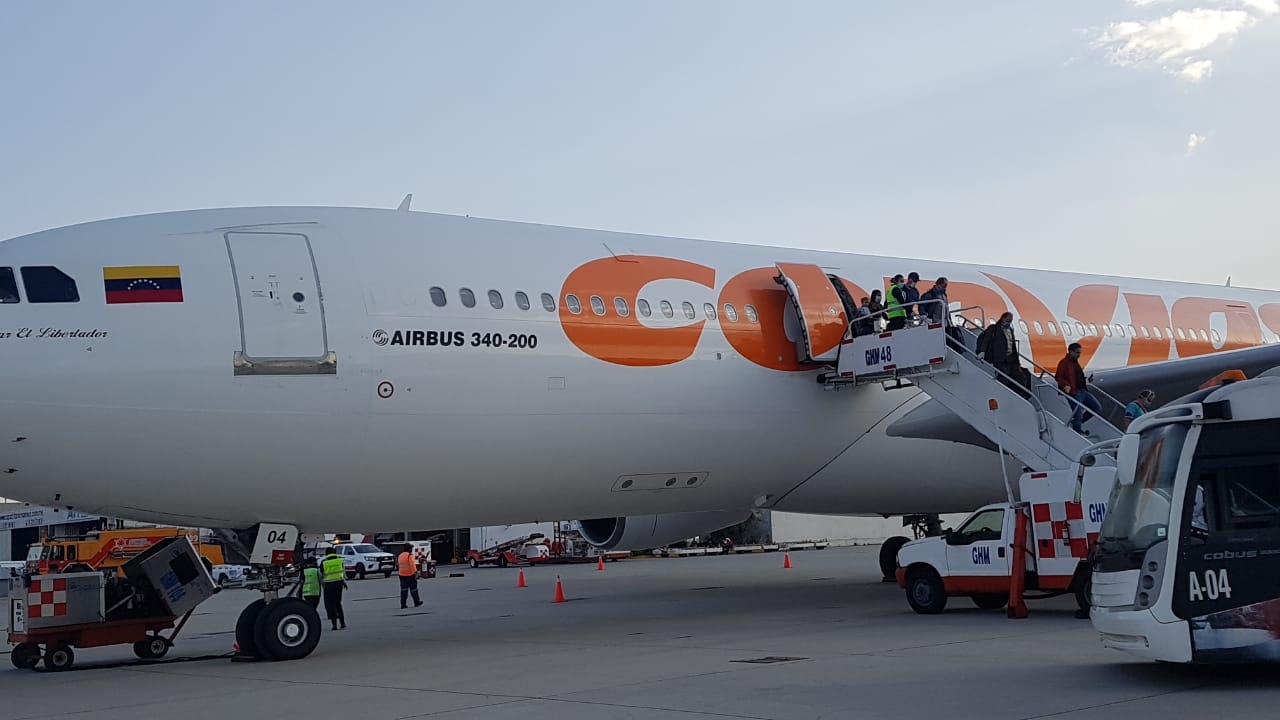 A total of 143 compatriots arrived in Venezuela on the Conviasa Airbus A340-200 plane “Simón Bolívar El Libertador”, from Toluca, Mexico, as part of a special flight channeled between the National Government and Mexican authorities, to respond the demand of a large number of passengers who requested to return to their countries of origin, in the midst of the health emergency due to the Covid-19.

In the afternoon of this Monday, from the Maiquetía International Airport, the flight V07810 of the state airline departed to the Aztec land, carrying 73 passengers on board who expressed their desire to return to Mexico. In Toluca the aircraft was awaited by a group of Venezuelans who returned to their land.

The Venezuelan ambassador to Mexico, Francisco Arias Cárdenas, highlighted the efforts and coordination between the President of the Bolivarian Republic of Venezuela, Nicolás Maduro and the President of Mexico, Andrés López Obrador, to carry out this special flight.

“We want to thank all those who have allowed this exchange, these actions that managed to get Mexicans to their homeland and Venezuelans to return to their’s, serving for us is something that we are proud of”, he stressed.

The Ambassador also referred to the constant work of the Venezuelan Flag Airline and its recognized social sense.

“Conviasa is advancing in the midst of this terrible pandemic that Mother Earth is experiencing, serving our people with Venezuelan warmth”, he stressed.

For their part, the nationals who arrived in the country appreciated the support provided to reach their nation.

Christian Rodríguez, passenger of flight V07810 explained “we were in Mexico City, they had suspended all flights to Venezuela to control the Coronavirus, we were desperate to return and thanks to Conviasa we are here because it activated this flight to bring the population back”.

President Nicolás Maduro reported that he is taking measures to support Venezuelans who have been left in a situation of urgency outside the national territory due to the contingency caused by Covid-19; in the first instance, he authorized the flight back home for the nationals who are in the United States.

In this sense, the National President indicated that “Conviasa’s planes are ready to travel to any place in the world where Venezuelans have to be found”.