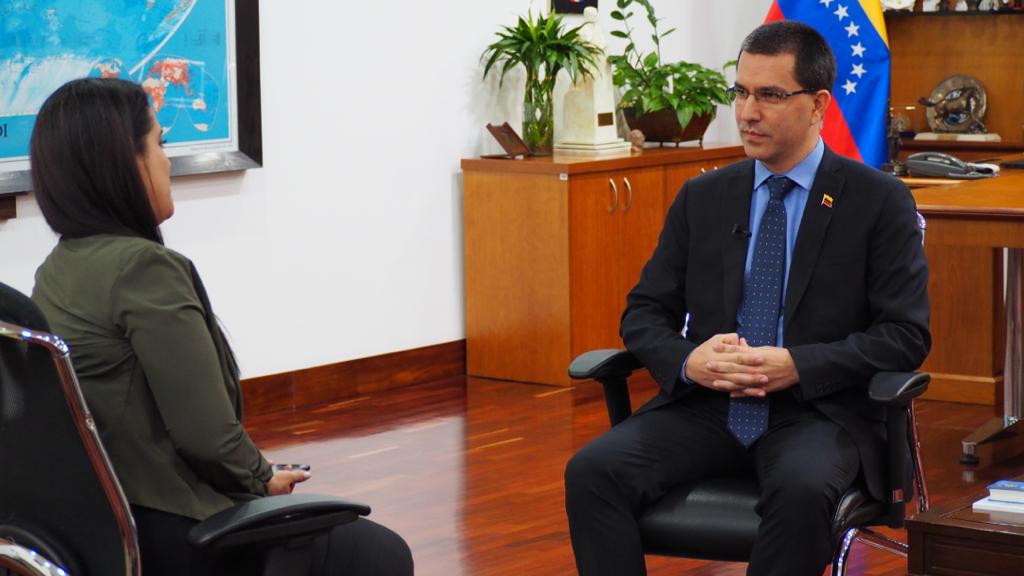 “Russia has been key to Venezuela in recent years. We have found a great powerful country that respects the Charter of the United Nations and international laws, and that wants to establish, maintain and widen a sovereign relation with Venezuela,” said the Minister of People’s Power for Foreign Affairs of the Bolivarian Republic of Venezuela Jorge Arreaza during an interview with journalist Erika Ortega for the Russian TV network Russia Today (RT) on the occasion of the 75th anniversary of the Venezuela-Russia diplomatic relations.

He explained that the strategic alliance between Russia and Venezuela has included different cooperation fields – more than 30 – since 2000, but one of the most important economic ones is undoubtedly the oil-energy field.

The Venezuelan diplomat also highlighted the importance of exports and non-traditional, non-oil economic processes that both countries have developed such as the scientific, technological, industrial and health cooperation.

About the illegal and arbitrary measures adopted by the Donald Trump administration against Russia’s state oil company Rosneft for its role in exporting Venezuelan oil, Arreaza said:

“It is part of the attacks outside international laws. They are not only carried out against Venezuela, but also against third parties and other countries’ companies, Russia in this case (…). This is a fight between the peoples and imperialism, and if the peoples decide to rely on investments, support and solidarity from other powerful countries to balance economic relations, they are free to do it.”

The Venezuelan foreign affairs minister asserted that the Russian Federation, in the case of Venezuela, has respected international laws and the sovereignty of the Caribbean country.

“It is not meddling in Venezuela’s domestic affairs. On the other hand, we have denounced how the United States is using Colombia, Brazil and the Inter-American Treaty of Reciprocal Assistance (TIAR) to create the conditions to continue attacking Venezuela. One of their options is the imposition of a naval blockade, which is considered an act of war according to UN resolutions,” he stated.

In 2000, US unilateralism and unipolarism were in open development after the fall of the socialist bloc, but one of the leaders that put a halt to this process of hegemonic control is President Vladimir Putin, who was elected that same year.

When President Chávez stepped in, a higher, more accelerated phase in the bilateral relations between Russia and Venezuela started. Both presidents shared the same ideological and geopolitical view.