The People’s Power Minister for Foreign Relations, Jorge Arreaza, held a fraternal and fruitful meeting on Wednesday with four directors of the General Council of the Sisters of the Society of the Sacred Heart, a religious order with a presence in 41 countries, who visit Venezuela to learn about the organization of popular power against the criminal economic blockade imposed by the United States government.

The international nuns are in Venezuela to learn perspectives and visions on the ground of the situation that the people are experiencing as a result of the unilateral coercive measures imposed by the US administration since 2014, since they have found insufficient news circulating in Europe about the National reality.

During the meeting, Minister Arreaza informed the Sisters of the actions taken as a Venezuelan State to face the brutal imperial onslaught in the context of the multilateral system, such as the referral of a request for investigation of crimes against humanity to the International Criminal Court (ICC), in The Hague, Netherlands, on February 13.

The Society of the Sacred Heart, founded in France in 1800 by Magdalena Sofía Barat -canonized in 1925-, arrived in Venezuela in 1961. In its General Chapter of 1970 it adheres to the postulates of Vatican II and Medellín, integrating itself completely into the currents which still espouse and promote liberation theology.

Its operational postulate in Venezuela is governed by five fundamental points: Small community; Solidarity: community of goods; Centrality of life: defense and care of it; Latin American consciousness and popular education. 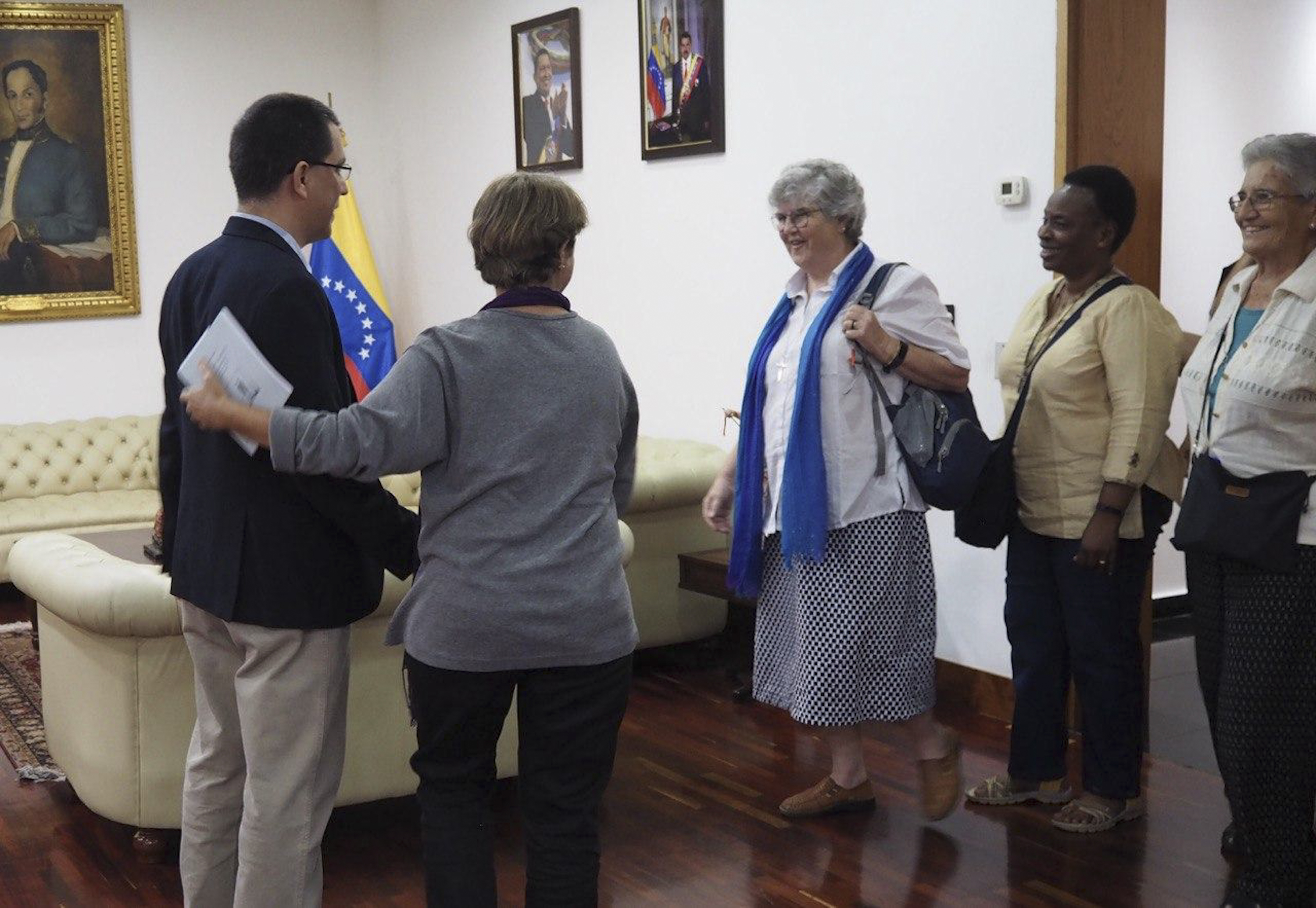