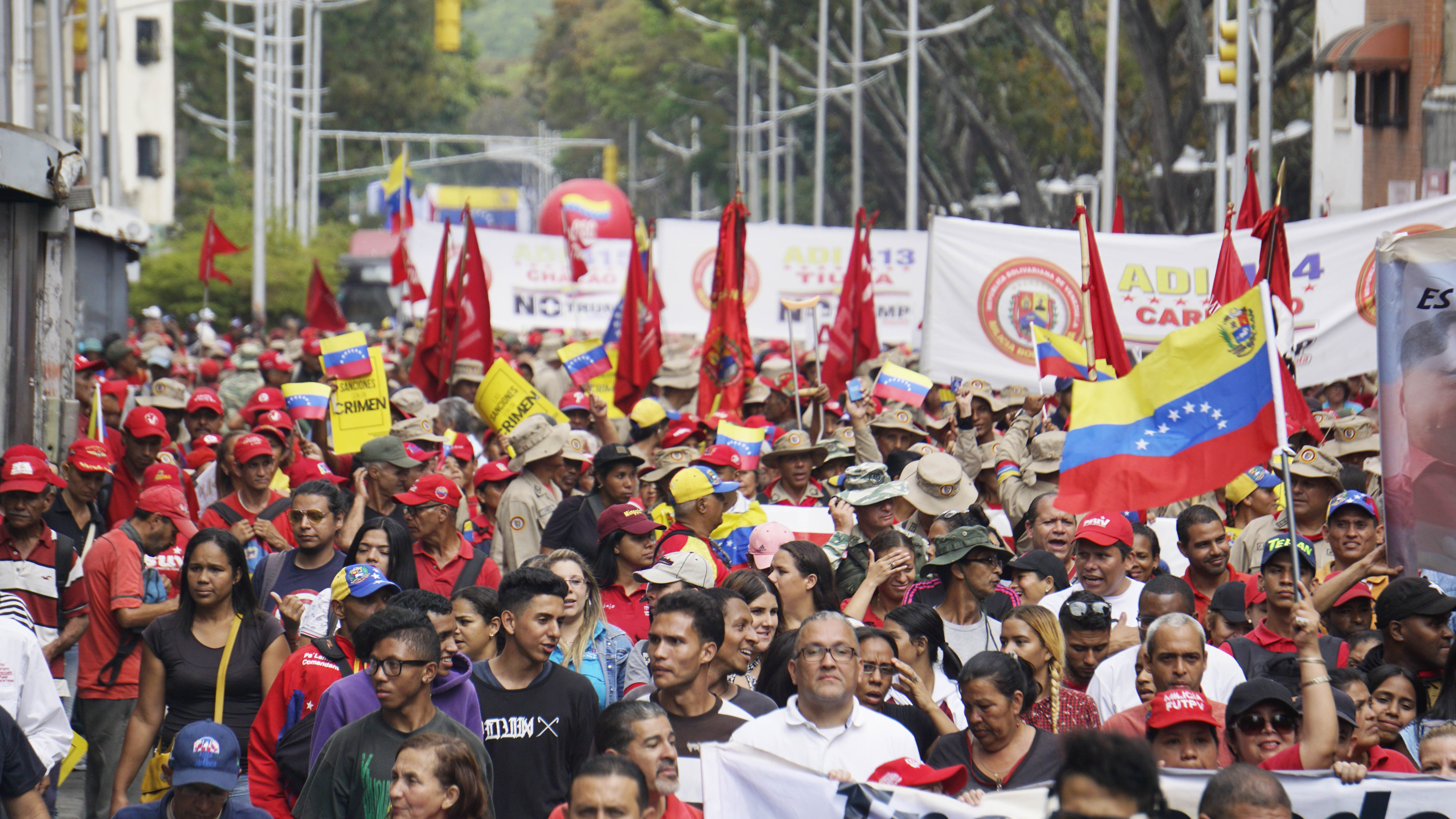 On Tuesday, March 10, the Venezuelan people held a massive rally for peace and in support of the National Constituent Assembly (ANC, Spanish acronym) to reject the US government meddling policies against the Bolivarian Republic of Venezuela.

Before heading to Parliament, the Minister of People’s Power for Foreign Affairs Jorge Arreaza said that the US people gave a remarkable example of solidarity with Venezuela. “When Donald Trump appointed Elliot Abrams as special representative, he held a conference on how to attack Venezuela, and the US people who believe in peace and justice interrupted the conference because humankind rejects imperialism.”

Arreaza added that as a response to Donald Trump’s hostile and aggressive polices against Venezuela, “President Nicolás Maduro has taken US government officials to the International Criminal Court to have them investigated and to determine their responsibilities for the suffering of the Venezuelan people and their difficulty in accessing medicines and food.”

The Venezuelan foreign affairs minister added that the unilateral coercive measures imposed by the US government are also aimed at preventing Venezuela’s oil export to the world. “If we cannot move our oil, we will not have resources to buy medicines, food, spare parts and machinery.”

Arreaza said that despite the US government’s attacks, sanctions and crimes against Venezuela, a new National Assembly (Parliament) will be elected in 2020.

“The Venezuelan people took to the streets with their Constitution and their Constituent National Assembly, a body that has guaranteed peace and political stability in our country,” he stressed.

The Venezuelan minister pointed out that “we will always adhere to international laws and we will not stray from that path. We are right. I hope they do not think of using violence against us, because the Venezuelan people will do whatever it takes to protect the sacred soil of Bolívar’s Homeland.”