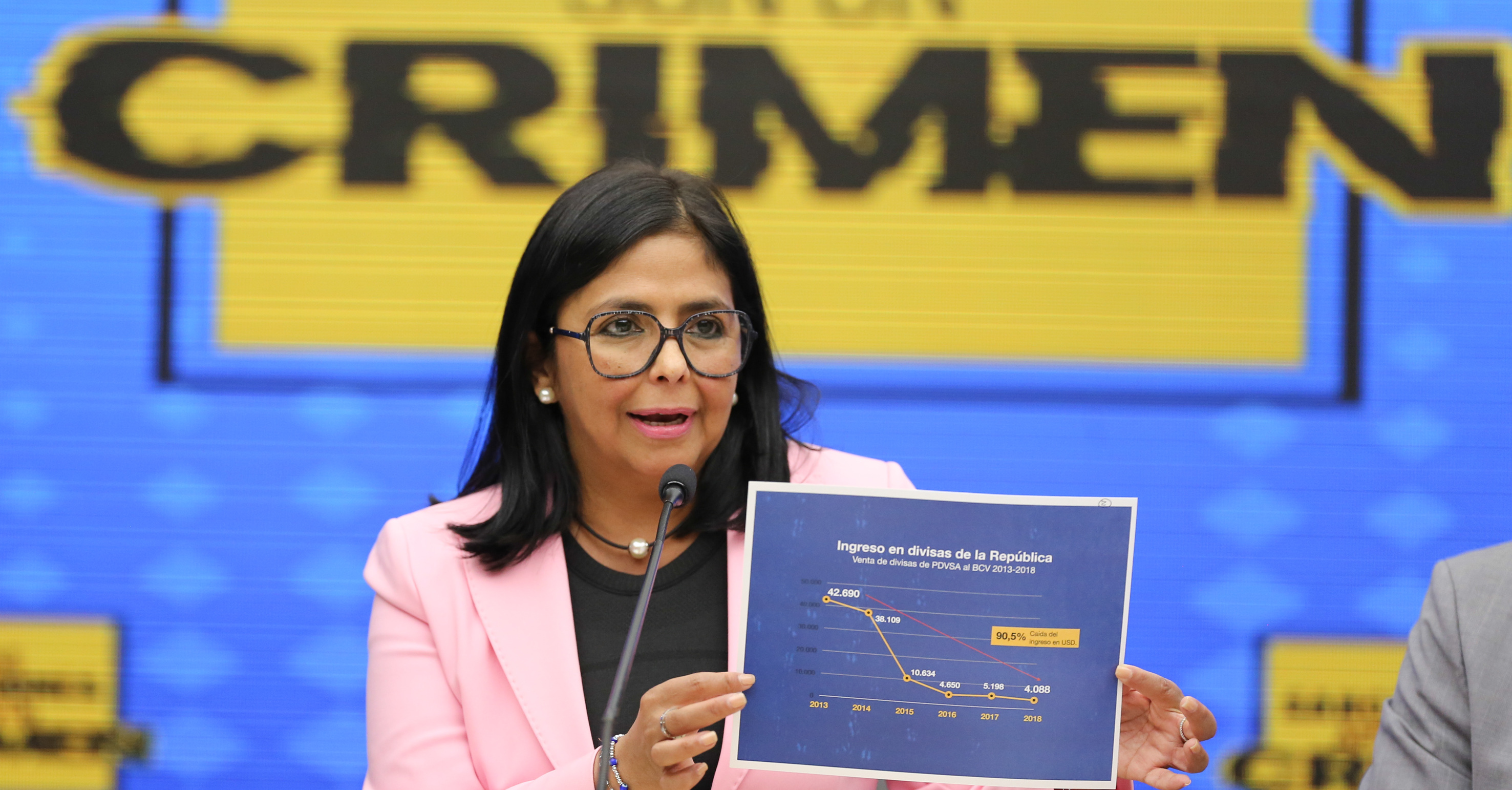 At the Miraflores Presidential Palace, in Caracas, Rodríguez pointed out that the financial restrictions imposed by the US government are aimed at provoking an “economic meltdown” by reducing the operational, logistic and administrative capability of the Venezuelan oil company.

“From December 2014 to 2020. It has been an important timeline from the legal point of view, and it has to do with how they (the US government) have asphyxiated the domestic oil industry,” she said during a press conference held in the Simón Bolívar Press Room of the Miraflores Presidential Palace.

The lawsuit filed against the US government in the International Criminal Court (ICC), in The Hague, provides details on the dramatic drop in Venezuela’s oil revenues from US $ 42 billion in 2013 to US $ 4 billion in 2018.

“Add to that the effects of the economic and financial blockade. They have cut foreign funding, and import costs have increased fivefold due to logistics and commercial restrictions for free trade,” reads the document available on the ICC web page.

Rodríguez emphasized that the restrictive measures cause “suffering to the country” and explained that the economic and commercial sanctions have affected the operational capability of 15 airplanes that belong to the Venezuelan oil company and 9 foreign oil tankers.

Last February, the Communication, Culture and Tourism Vice-president Jorge Rodríguez informed that Venezuela’s losses amount to US $ 116 billion as a direct consequence of the economic, financial and commercial blockade imposed by the Trump administration.