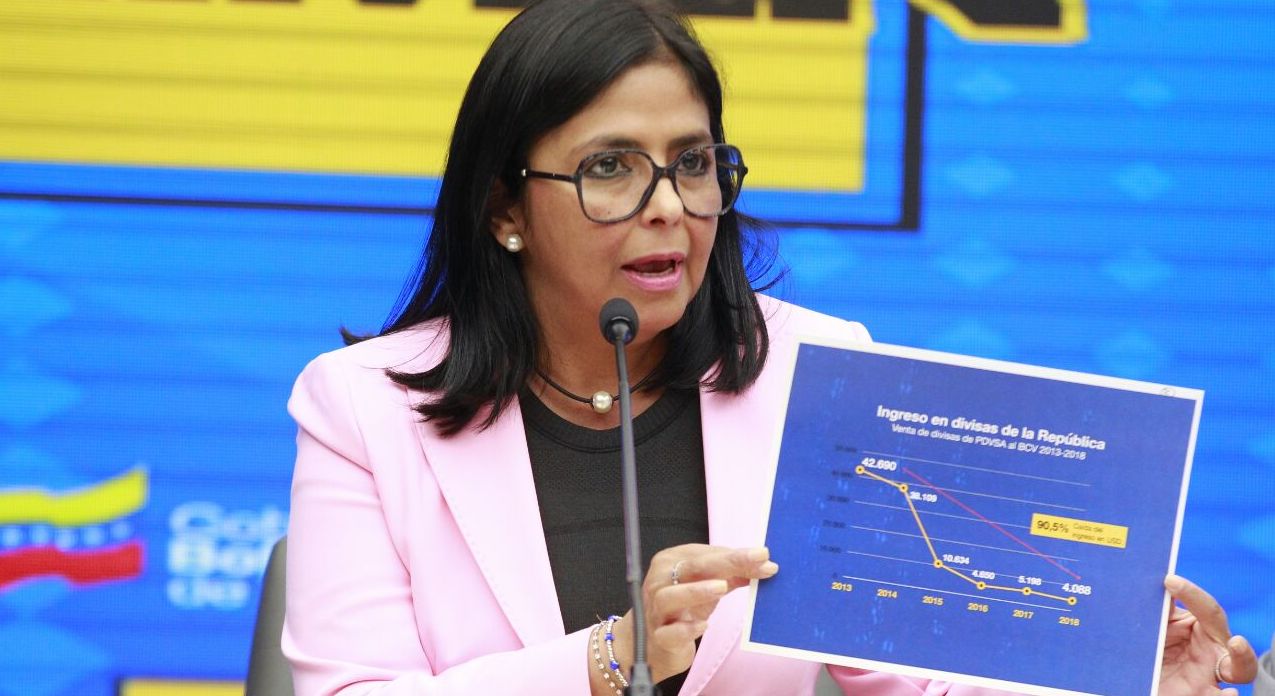 President Nicolás Maduro approved the creation of a single register of information, which must be kept by each state-run body, on the negative impacts of the unilateral coercive measures against Venezuela.

Last Friday, March 6, the Venezuelan Vice-president Delcy Rodríguez explained this register will contain accurate information on the direct and indirect damages caused by the unilateral coercive measures imposed by the Trump administration.

The Venezuelan Vice-president’s Office will be in charge of this mechanism that will compile information on a quarterly basis to centralize the data and establish communication channels between the International Criminal Court (ICC) and the Venezuelan Foreign Affairs Ministry.

The Venezuelan government launched a campaign called “Sanctions are a Crime,” whose aim is to raise awareness about the negative impact caused by unilateral coercive measures against Venezuela.

Rodríguez called on the Venezuelan population to bring their complaints of the damages they have suffered to the branches of the Ombudsman’s Office authorized to that end.

“Those who have a case, or who have been victims of these unilateral coercive measures, can bring their complaints to the branches of the Ombudsman’s Office, where they will be filed and added to the records that will be presented to the International Criminal Court,” she said at a press conference held at the Miraflores Presidential Palace in Caracas.

Rodríguez explained that the ICC opened in February a preliminary examination on the complaint filed by Venezuela regarding the aggression and meddling policies imposed on Caracas by Washington.

The Venezuelan vice-president stressed that these sanctions “embody a non-conventional aggression that causes death and suffering,” and are a crime against the Venezuelan people and humanity.