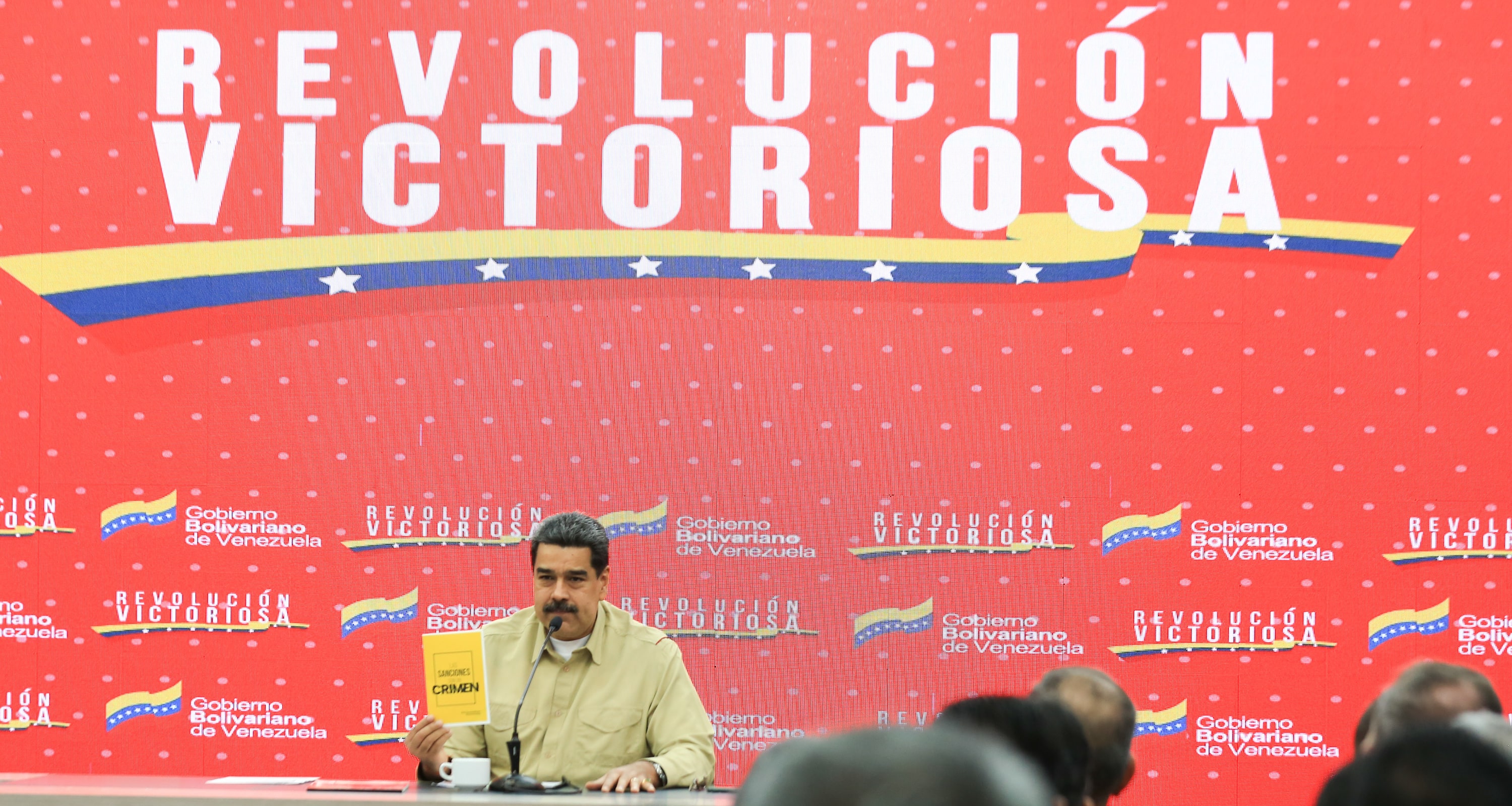 President Maduro: governorates and mayors will join the campaign in rejection to US sanctions

The President of the Bolivarian Republic of Venezuela, Nicolás Maduro Moros, urged governments, mayors, social and student organizations to join and learn everything about the campaign: Sanctions are a Crime.

“We are facing the most criminal, brutal and racist aggression in the history of Venezuela in 200 years of the Republic”, he sentenced during a meeting with the regional leaders held in Caracas.

The head of state described the measures imposed by the Trump administration as an aggression, a supremacist and racist contempt against the Venezuelan people.

Nicolás Maduro assured that the Washington sanctions aim to provoke a change of government in Venezuela in a violent way and affirmed that they are condemned by more than 80% of the population.

“We have to explain in detail and continue to refine plans to denounce the crime committed against the people of Venezuela with the so-called sanctions which are criminal, illegal, unilateral and work outside international law”.

Earlier, Executive Vice-president Delcy Rodriguez, at a press conference at the Miraflores Palace, detailed the effects that American coercive measures have caused on the Venezuelan economy.

Rodriguez described US policy against Venezuela as a crime against humanity.