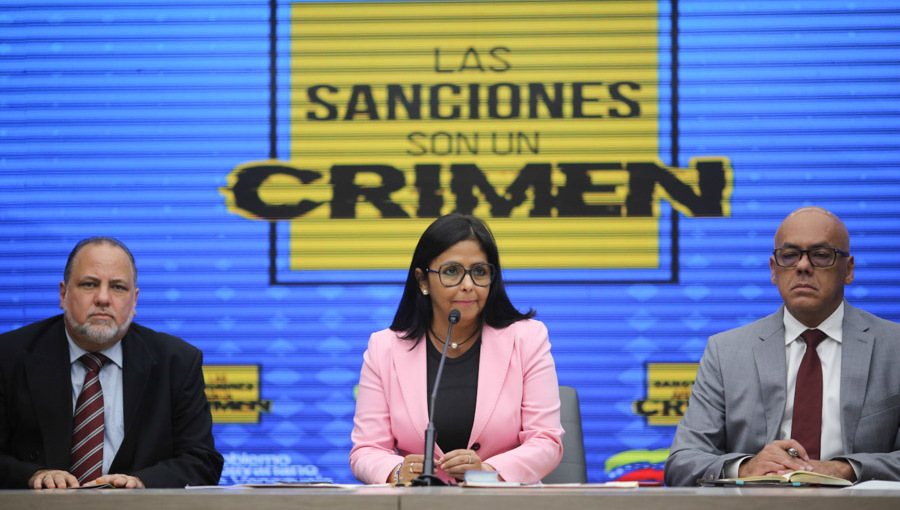 So far, “176 Venezuelan public entities have been illegally sanctioned, as well as 133 officials and 22 natural persons for having an economic, financial and commercial relationship with Venezuela”, said the Executive Vice-president of the Republic, Delcy Rodríguez, in statements offered this Friday from the Miraflores Palace and in relation to the renewal of the Executive order that lists Venezuela as an “unusual and extraordinary threat”.

He specified that nine foreign ships have also been sanctioned for the transport of Venezuelan crude; as well as 15 aircraft of Petróleos de Venezuela (PDVSA) and 41 aircraft of the Venezuelan airline Conviasa.

To this, is added the sanction to nine Venezuelan companies, as well as 61 foreign companies related to Venezuela, said Vice-president Delcy Rodríguez.

From December 2014 to 2020 – she described – there has been a timeline, in which the United States has been choking the national oil industry, they have directly attacked PDVSA and subtracted financial, logistics and administrative operations from the national industry.

She explained that this scenario has directly affected income in Venezuela, referring to the drop in national income of more than 90.5%. “They have declared it, the objective is to create an economic collapse in Venezuela”.

She said bluntly that the sanctions have been weaving a structure to prevent the financial exercise of the Venezuelan State for the acquisition of medicines, food and vaccines.