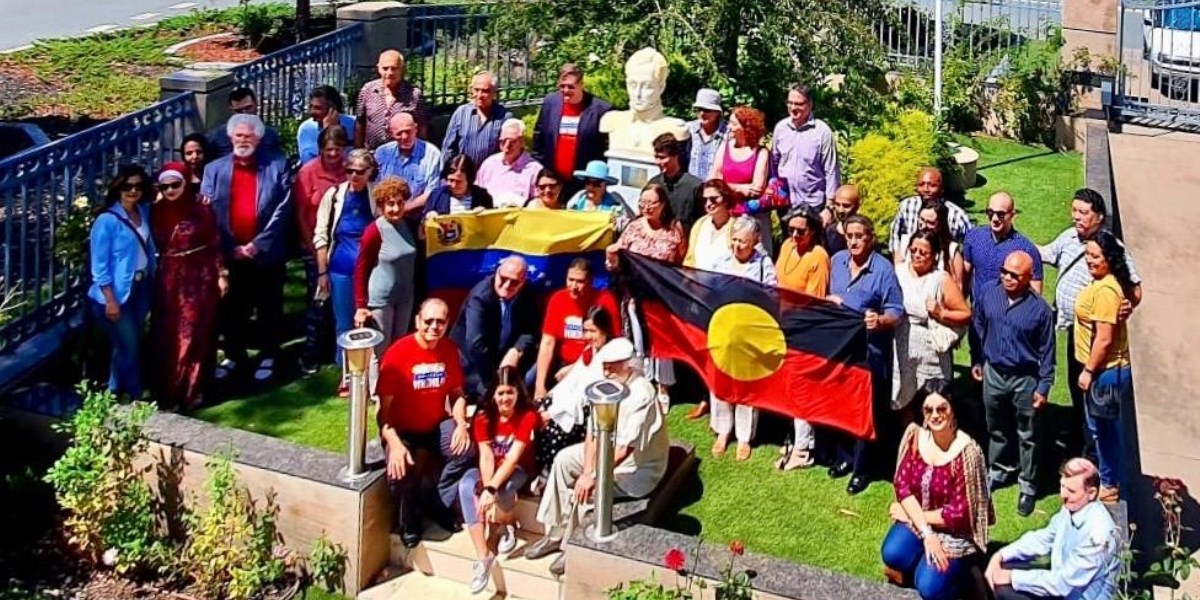 Anti-imperialist meeting in solidarity with Venezuela takes place in Australia

As part of the 1st Anti-Imperialist World Meeting that took place in Carcas at the end of January, the “Venezuela Eye Witness Report” event was held on March 1 at the headquarters of the Embassy of the Bolivarian Republic of Venezuela in Australia, in which different civil groups that support the Bolivarian Revolution in this country, gathered to hear the report on the Venezuelan reality of Vinnie Molina, trade unionist, president of the Communist Party of Australia, and Saul Ruiz, representative of Australian Solidarity with Latin America (Asla).

At the beginning of the meeting, the head of the Venezuelan Diplomatic Mission, Daniel Gasparri, explained what the Anti-Imperialist Meeting dealt with and thanked the attendees for answering this call. There were participants from Melbourne, Sydney, Perth, Brisbane and other major cities in Australia.

Then, Vinnie Molina and Saúl Ruiz took the floor to express sharply, based on their reports, the perceptions obtained during their visit to Caracas. Thus, they highlighted the meetings held with the President of the Republic Nicolás Maduro Moros and with Foreign Minister Jorge Arreaza, as well as commented on the work tables in which they participated. Similarly, they celebrated the good organization of the event.

The National Diplomatic Mission granted recognition to Molina and Ruiz for their unrestricted support for the Bolivarian Revolution and the people of Venezuela.

Once the event was over and in order to bring those present to talk and exchange opinions, they went to the Plaza Bolívar of the Embassy to express words of support to President Maduro, sending a message of strength, fortitude and encouragement to the Venezuelan people.