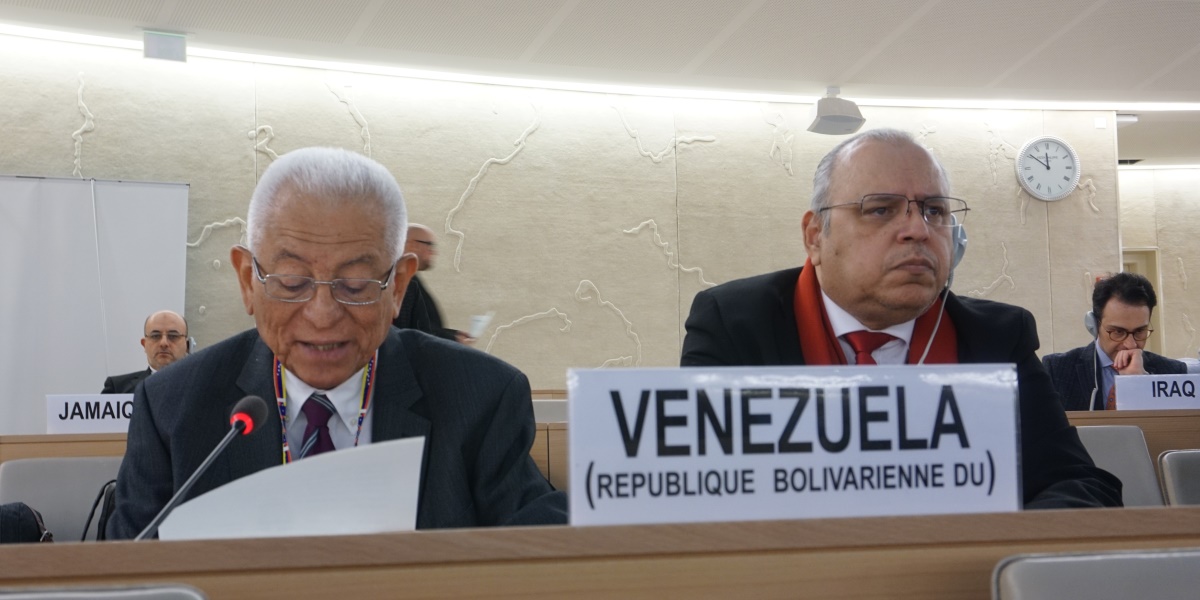 An important meeting of the Heads of Delegation of the Trade Negotiations Committee of the World Trade Organization (WTO), was held on 2 March in Geneva, Switzerland, in the framework of the preparations for the Twelfth Ministerial Conference, scheduled to be held at Nur-Sultan, Kazakhstan, June 8-11, 2020.

Jorge Valero, permanent representative of the Bolivarian Republic of Venezuela to the UN and the WTO in Geneva, said that this Conference will be held at a critical time for the multilateral trading system, for world trade and for international cooperation. “The WTO is currently facing the paralysis of its Appellate Body of the Dispute Settlement System, due to the veto exerted by the United States to appoint its new members”, he said.

At this Conference – the Bolivarian diplomat added – decisions will be taken on the multilateral trade agreements that are governed by the WTO and decisions related to the issues currently under negotiation will be taken, namely: agriculture, fishing and trade subsidies and development.

In the ongoing negotiations, Venezuela has been proposing that the new multilateral rules for agriculture and fisheries subsidies should translate into greater opportunities for national agro-productive and fisheries development in developing countries.

During the debate, the Permanent Representative of Venezuela to the WTO requested that specific flexibilities be incorporated so that these countries can achieve the objectives of food security, livelihood security and rural development.

The Venezuelan representative was perplexed by the impossibility of achieving a solution to the situation of the Appellate Body. He said that the Trump administration sabotages the operation of the WTO, contrary to the efforts of the vast majority of countries that make up that forum.

Imperial harassment against the Venezuelan people

Valero also denounced the harassment that the US government maintains against Venezuela. He informed that on February 7, 2020, that imperial government, through the Treasury Department, included the state airline Conviasa in the list of Specially Designated Entities of the Office of Foreign Assets Control.

According to the Venezuelan diplomat this measure, arbitrary and illegal, is designed to prevent the supply of fuel, provide airport services, the provision of maintenance services, spare parts, hardware, software and insurance for Conviasa aircraft and force the suspension of its operations.

He said that these new actions are part of the systematic and widespread attack against the Venezuelan population, executed by the United States government. These facts have been presented by the Venezuelan State before the Prosecutor of the International Criminal Court (ICC) on February 13, for the purpose of investigating those crimes against humanity. “We hope that responsibilities will be determined and that those responsible will be prosecuted, claiming international law and the validity of multilateral institutions”, he said.

Abundant in considerations, the Venezuelan representative denounced before the WTO that the United States government has adopted, since 2014, more than 300 unilateral coercive measures to affect the functioning of the economy and undermine the human rights of the Venezuelan people, and that they have caused losses to our country for more than 120 billion dollars.

These criminal actions blatantly violate international law and international humanitarian law. In that regard, he revealed that the prestigious American economists, Jeffrey Sachs and Mark Weisbrot of the Center for Economic and Policy Research, have pointed out that these genocidal measures have caused more than 40,000 deaths in Venezuela.

Jorge Valero called for the Multilateral Trade System to defend itself against the imposition of hegemonic and imperialist thoughts, and urged the members of the WTO to defend the principles that govern the healthy coexistence among its members, and their right to dispose of their own resources to meet social needs, with the economic system that they sovereignly decide to give themselves.

The Bolivarian Revolution advocates a Multilateral Trade System that is fair and equitable. In this context, it shares with its Southern allies the need to promote policy spaces to promote sovereign and independent development strategies, and new forms of commercial exchange based on the principles of complementation, cooperation and solidarity, the Venezuelan diplomat finally said.