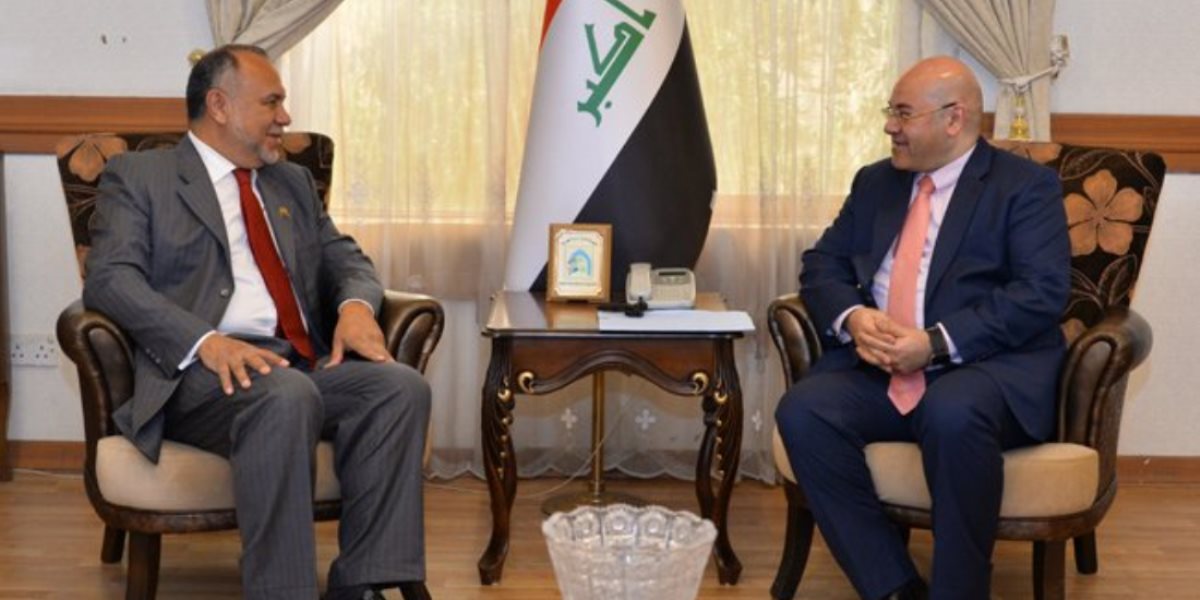 The ambassador of the Bolivarian Republic of Venezuela in the Republic of Iraq, Arturo Aníbal Gallegos Ramírez, was received on February 26 at the headquarters of the Ministry of Foreign Relations of this country by the director of the Department of America, Luqman Abdul Rahim Al- Faili.

Diplomats reviewed preparations for the celebration of the 70th anniversary of diplomatic relations between the two countries, which began on June 22, 1950. Since then, Venezuela and Iraq have strengthened their relations through their membership in the Organization of Petroleum Exporting Countries (Opep), institution of which they are founders.

Also, in the framework of this meeting, the Ambassador of the Bolivarian Government and the Director of America reviewed the situation of the main issues of the Middle East and Latin America, emphasizing the initiative of the National Dialogue Table in Venezuela, backed by the President Nicolás Maduro Moros, and the complaint made by the Bolivarian Government before the International Criminal Court for crimes against humanity committed by the United States government through the imposition of unilateral coercive measures against the Venezuelan people.

On the other hand, Ambassador Gallegos Ramírez conveyed the solidarity of the Bolivarian people and Government with the process of political negotiation for the formation of a new government in the Republic of Iraq, in order to guarantee the peace and stability of the Iraqi people and of The Middle East region.