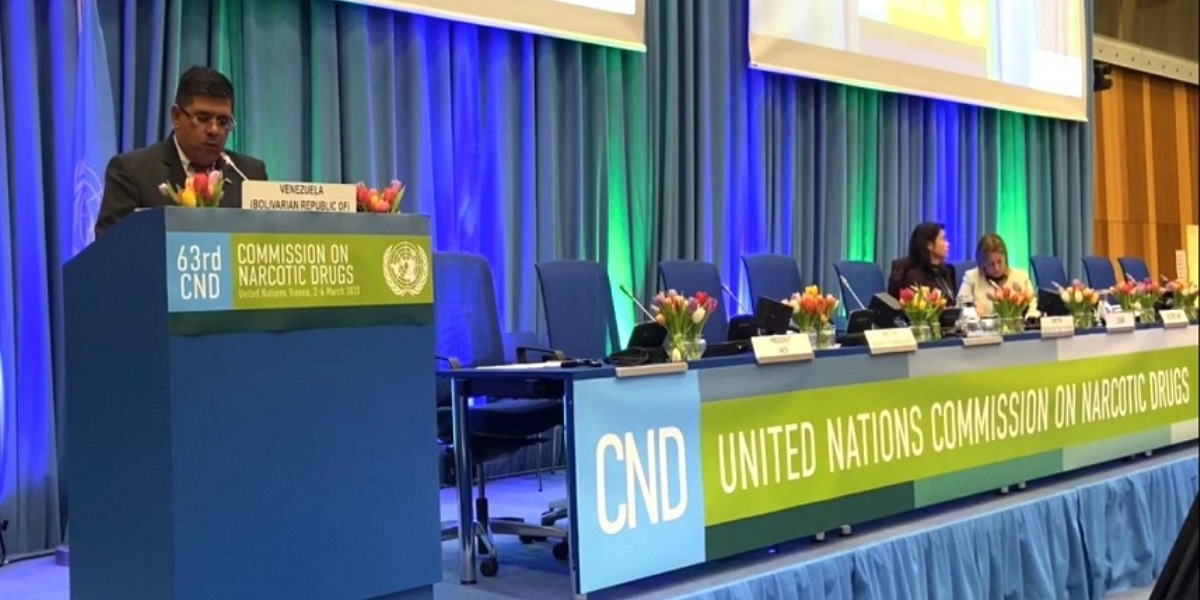 The head of the National Anti-Drug Office (ONA), Alberto Matheus, heads the Venezuelan delegation participating in the 63rd session of the Commission on Narcotic Drugs (CND), at the headquarters of this organization in Vienna, Austria.

During his speech at the Plenary Session on Monday, Matheus stressed that the United Nations Office on Drugs and Crime (Unodc) and the International Narcotics Control Board (Jife) value the due balance of mutual respect on a par right to health, education and human rights; therefore, non-interference in the internal affairs of States should be maintained as an essential part of its elements of understanding and approach.

In this sense, Venezuela rejects the siege that some states show, especially those where the highest levels of drug consumption and distribution are registered, which serve as tax havens for the legitimization of capital.

In this period, more than 6 thousand people have also been arrested, 5 of them important leaders of organizations engaged in illicit drug trafficking and the seizure of 44 tons of drugs in different procedures and 335 tons of precursor chemicals were retained.

Simultaneously, 23 thousand preventive activities were carried out in the community areas such as the educational, labor, girls, boys and adolescents areas, as well as in the prison population. In addition to the execution of 49 educational programs to more than 3,000 officials dedicated to the subject.

Matheus recalled that UNODC, in its 2019 Report, recognized “Venezuela as the fifth country in Latin America in the dismantling of cocaine laboratories and the fourth around the amounts of seizures made in South America”.

“If we make a comparison of the level of drug seizure to date with respect to the previous year, we will have a positive balance of 4.1% tons, that is, representing 145% more drugs so far this year”.

Finally, he called for further promotion of these types of multilateral spaces as mechanisms for consultation between countries, which must be cooperative and plural, to build bridges and strengthen spaces for dialogue and recognition to provide a structural solution to the world drug problem in a comprehensive way, respecting the human rights.