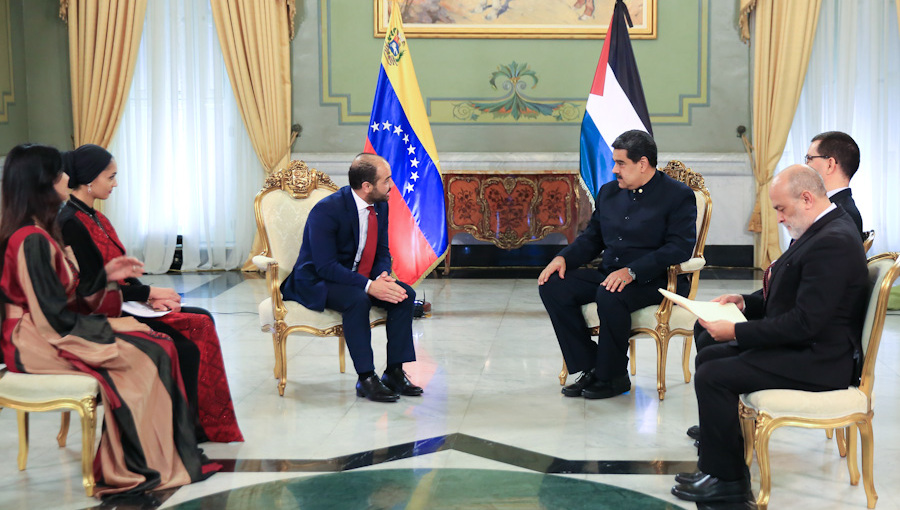 The president of the Bolivarian Republic of Venezuela, Nicolás Maduro Moros, received on Monday the credentials that accredit Fadi Alzaben as Ambassador of the State of Palestine in the South American nation.

The cooperation between Venezuela and Palestine covers various areas such as commerce, economy, education, mining, medical, health, communication and information, agricultural, cultural, sports, tourism, energy, pharmaceutical, oil and food, consolidating the subscription of 35 agreements between 2009 and 2018.

As part of the educational agreements, in 2019, 27 Palestinian students arrived at the country, awarded by Fundayacucho in order to study Comprehensive Community Medicine, Government and Political Studies.

Fight for the self-determination of peoples

During the XVIII Summit of the Non-Aligned Movement (NAM), the Venezuelan President held a bilateral meeting with the Minister of Foreign Relations of the Palestinian National Authority, Riyad Al-Maliki, in order to continue strengthening diplomatic ties.

Since the opening of the Palestinian embassy in Caracas, in 2009, under the presidency of Hugo Chávez, cooperation relations between both countries began and now in the mandate of the president, Nicolás Maduro, the alliance focuses on strengthening the sectors of tourism, energy, mining, commerce and agriculture.

At the meeting, the Head of State reiterated his support for the cause of a free, independent, sovereign and peaceful Palestine.

Venezuela and Palestine reject the politicization of human rights and flagrant disrespect for the right of peoples to decide their political, socio-economic and cultural system, in the absence of the commitment of the United States government to multilateralism and international treaties.

Like Venezuela, Palestine is besieged by the interference policies of the United States government contained in the so-called “Agreement of the Century” that aspire to undermine the sovereignty, territorial integrity and cultural identity of the people. 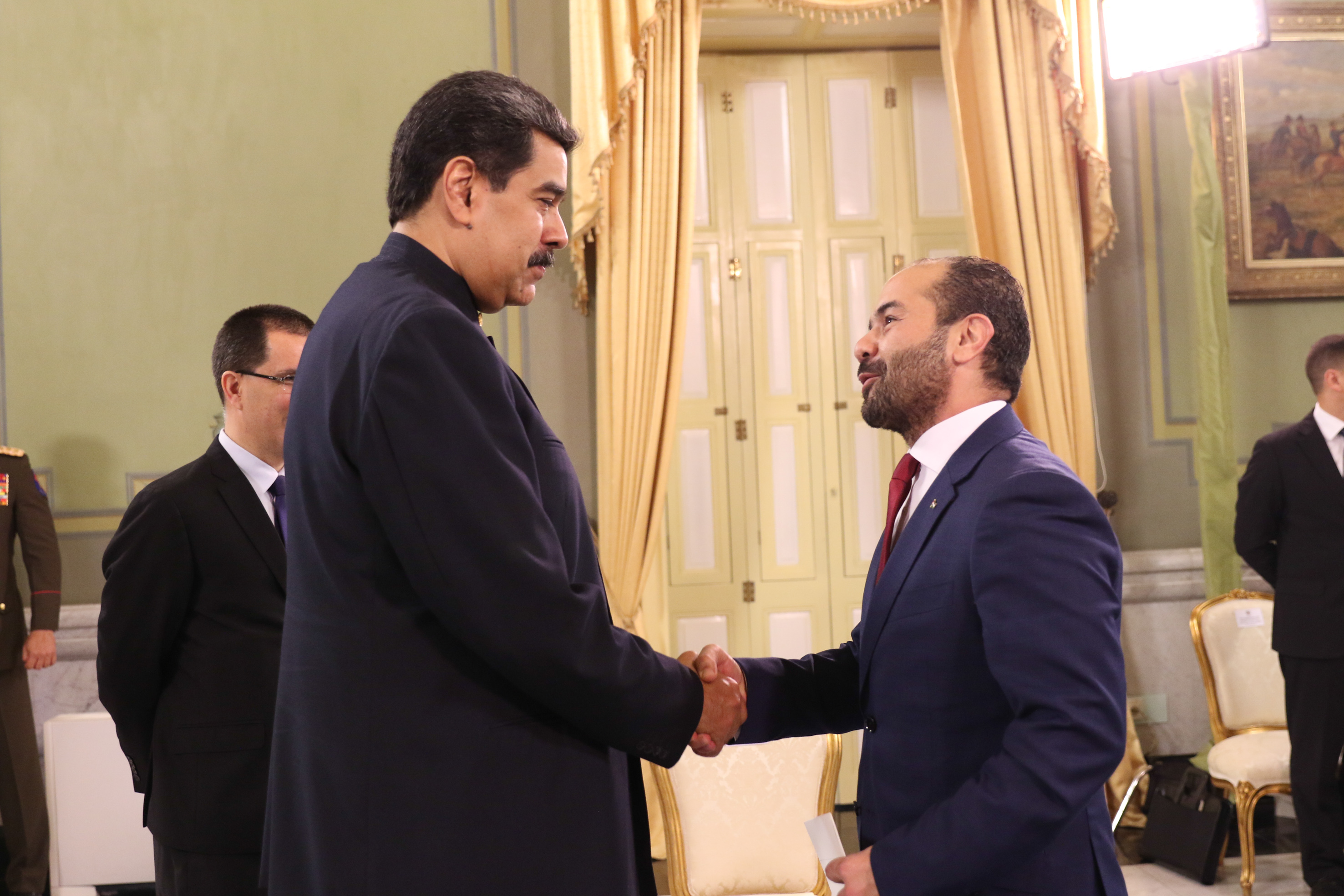