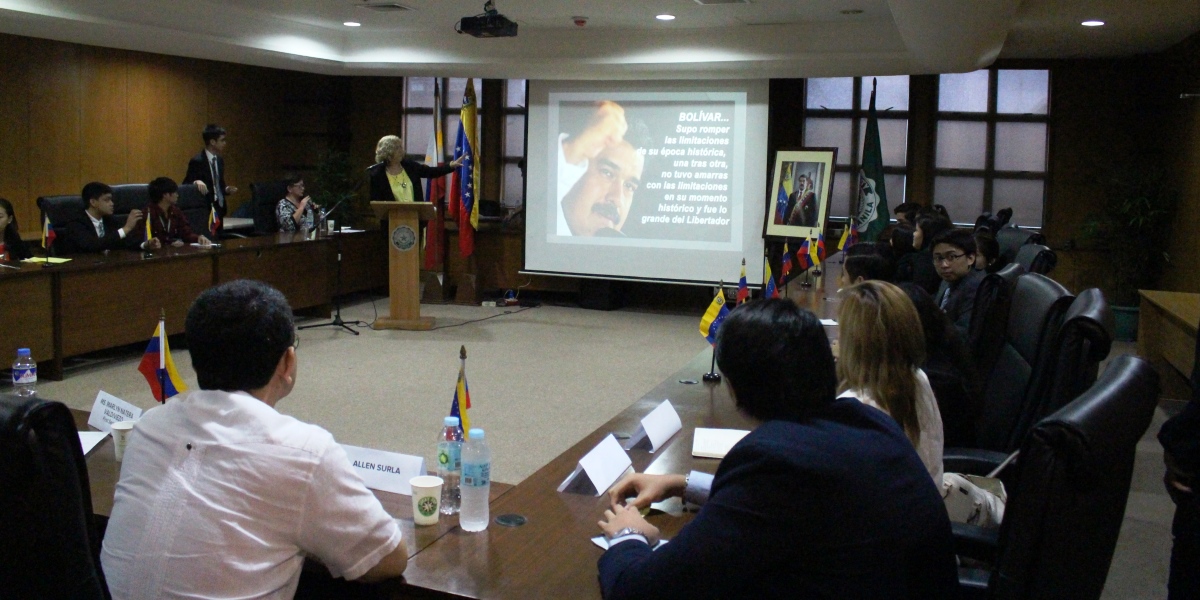 This Thursday, February 27, at the headquarters of the Embassy of the Bolivarian Republic of Venezuela in the Philippines, in the company of representatives of solidarity groups, students, teachers and friends of the Revolution, the 31st anniversary of the Popular rebellion against the neoliberal measures imposed by the government of Carlos Andrés Pérez, known as El Caracazo, was commemorated.

During the activity, the Venezuelan ambassador, Capaya Rodríguez González, highlighted the importance of this date that symbolized the frontal battle against neoliberalism, in which the people rebelled against a worn-out capitalist model.

Then, she stressed that these events marked the birth of a new socialist political project, headed by the Eternal Commander, Hugo Rafael Chávez Frías, which gave rise to the Bolivarian Revolution of Venezuela, when it was imposed in the 1998 presidential elections, leading a new message of optimism, change of economic model, a new National Constitution and the independence, with the ideal of the Father of the Homeland, Simón Bolívar, filling the Venezuelan people with new hopes.

Likewise, in the activity, the work that President Nicolás Maduro develops with loyalty and dedication to service was enhanced.

He also stressed that the heroic people’s deed, which came out and will continue to defend the country, has allowed him to continue reaping victories.

The Ambassador offered words of recognition to the Solidarity Groups for the constant support to the revolutionary government and for always being present in each of the actions promoted by this diplomatic mission.