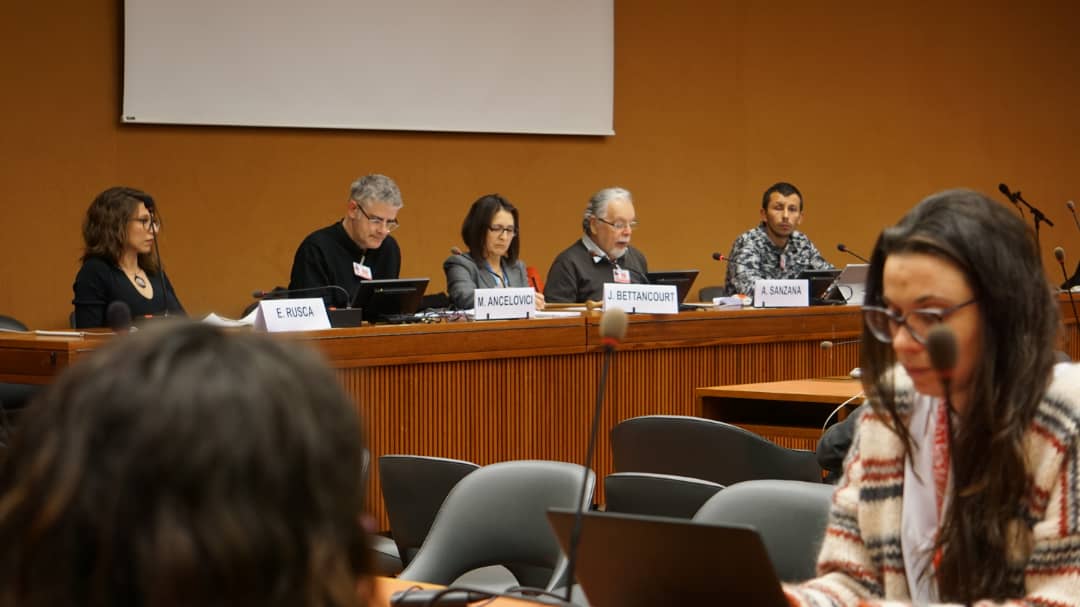 Within the 43rd session of the Human Rights Council of the United Nations Organization in Geneva, Switzerland, it was organized by different Non-Governmental Organizations, the parallel forum entitled “Human Rights in Chile”. During the activity, different Human Rights activists participated who described the dramatic situation that has occurred in the Republic of Chile since the protests began in October 2019.

Among those present was one of the victims of State violence, who lost sight in one of his eyes when was struck by a pellet of a shotgun by security forces that have escalated repression in the South American country.

The Venezuelan organizations present at the forum took the floor to express their concern about the systematic and continuing cases of human rights violations that have occurred in Chile and that have been made invisible by the United Nations Human Rights Council.

The International Solidarity Committee, Struggle for Peace, Fundalatin, and the International Democratic Federation of Women, pledged to take all necessary actions to denounce these serious violations before the Council.

On October 18, 2019, thousands of people, particularly young people, jumped the turnstiles of Santiago’s subway in protest for the increase in the passage.

The support to the young people was massive by the Chilean population, which began to make demonstrations both in the capital and in the main cities of the country, which were severely repressed by the security forces (police).

On October 25, millions of people went out to demonstrate in rejection of the neoliberal policies of Chilean President Sebastián Piñera. Only in Santiago there was a participation of 1.2 million counted people, who demanded a new Constitution of the Republic in order to incorporate the right to free education, decent work, health care, and quality transport, social rights that are now privatized.

As a result of the pressure of the people on the street, the popular consultation that is scheduled to take place on April 26, was approved.