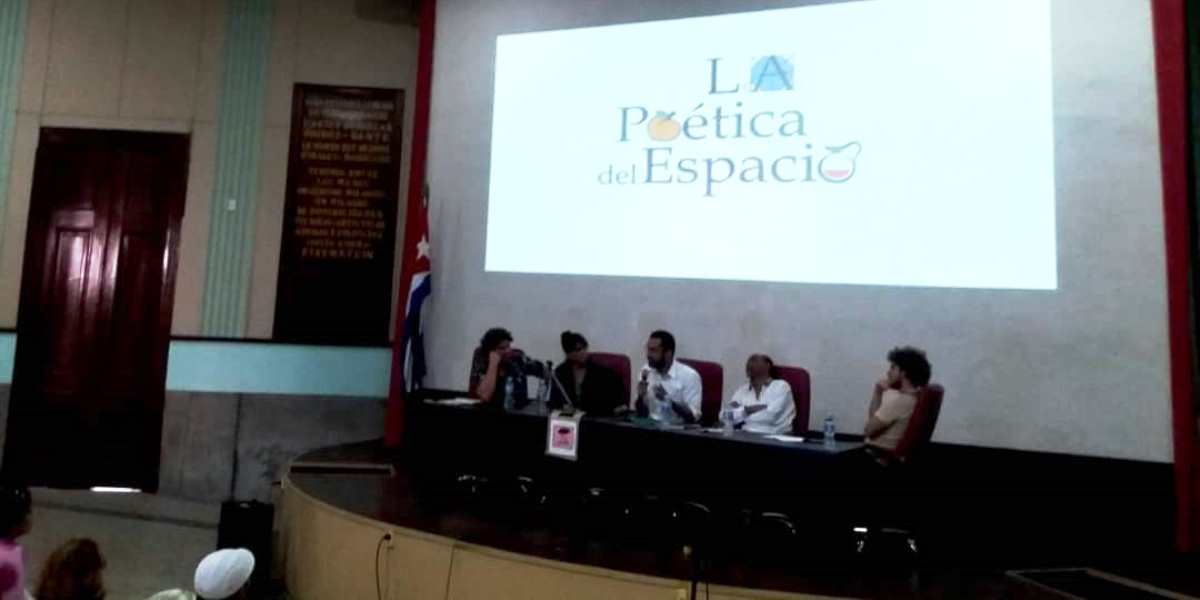 Several Havana cultural centers served as meeting points for young writers and editors from a dozen countries, convened by the X Meeting of Young Writers of Latin America and the Caribbean (Ejeic), a space for reflection, exchange and debate on literature, the literary promotion, new technologies and everything related to the universe of books, theater, music and other cultural manifestations.

Sponsored by the recently concluded XXIX International Book Fair of Havana, the meeting had among its participants the Venezuelan writer, born in Barinas, Rubén Darío Roca, also a graduate in social communication and cultural promoter of the Bolivarian nation.

The author of the poems the poetry that we swallow (2014) and I still do not know (2016), is founder and member of the promotion and literary movement “The poetics of space”. About this movement of literary creation, he referred on one of the panels that was based at the University of Havana.

“I have been directing that movement five years ago and it aims to give promotion to the new voices of literature in Venezuela, also to the consecrated writers and the troubadours of the country”, he said.

Basically, “The poetics of space”, a proposal that other groups in the country have endorsed, relies on the technique of stencil to print in very crowded places, small traces that bring literature to passersby. They also do it with recycling material, small pieces of paper that they distribute in several places with a fragment or verse, in order to stimulate the search of their creator.

During the meeting, Roca presented the booklet “Serendipity”, highlighting the different supports for the literary text in the new millennium, through technology. “We talked about literature in other formats”, he summarized.

The young writer valued his presence in this X Encuentro, “I show that Venezuela is committed to the book and reading, with the editorial theme, literary production, new technologies and such, without a doubt, we are an example for many countries of the world, where the editorial issue had not been democratized as much as it is in our country”.