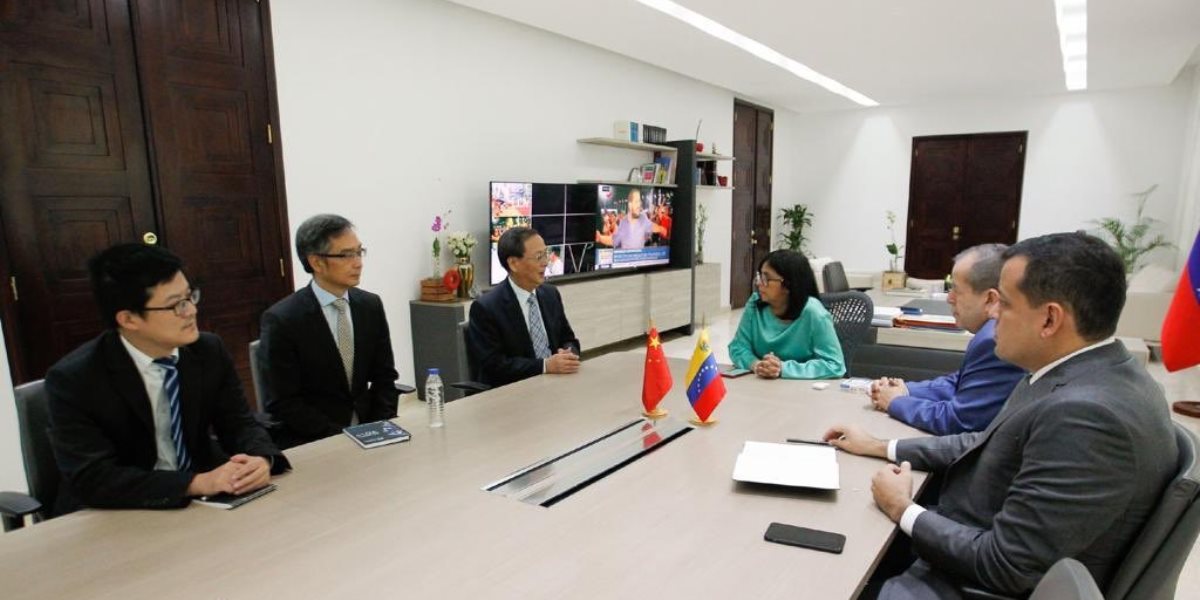 The Bolivarian Government of Venezuela expressed its solidarity with the authorities and the people of the sisterly People’s Republic of China, before the outbreak in its territory of the new coronavirus that has left to date more than 1,700 dead and more than 70,000 affected.

During a meeting, the Executive Vice-president of the Republic, Delcy Rodríguez, acknowledged before the ambassador of the Asian country in Venezuela, Li Baorong, the work of the Chinese authorities, in complying with the protocols recommended by the international agencies specialized in health matters for controling the spread of the virus.

Rodriguez highlighted the determination that the government of the Asian nation has demonstrated in the defense of its people, breaking the existing expectations in response speed, which have been expressed from the development of sanitary infrastructure to the efforts of disseminating information to the universal scientific community in order to favor the research and early creation of specific vaccines.

In that context, on the instructions of the Chinese president, Xi Jinping, the authorities finished in record time the Huoshenshan Hospital (Mountain of the Fire God), located in Wuhan, built on an area of ​​25 thousand square meters for the care of patients who have been infected.

At the end of 2019, China reported the occurrence of cases of pneumonia caused by a new strain of coronavirus in Wuhan, capital of Hubei Province.

The virus has crossed China’s borders and has been detected in more than 25 countries to date.

On January 30, the World Health Organization decreed an international emergency for the spread of the new coronavirus.