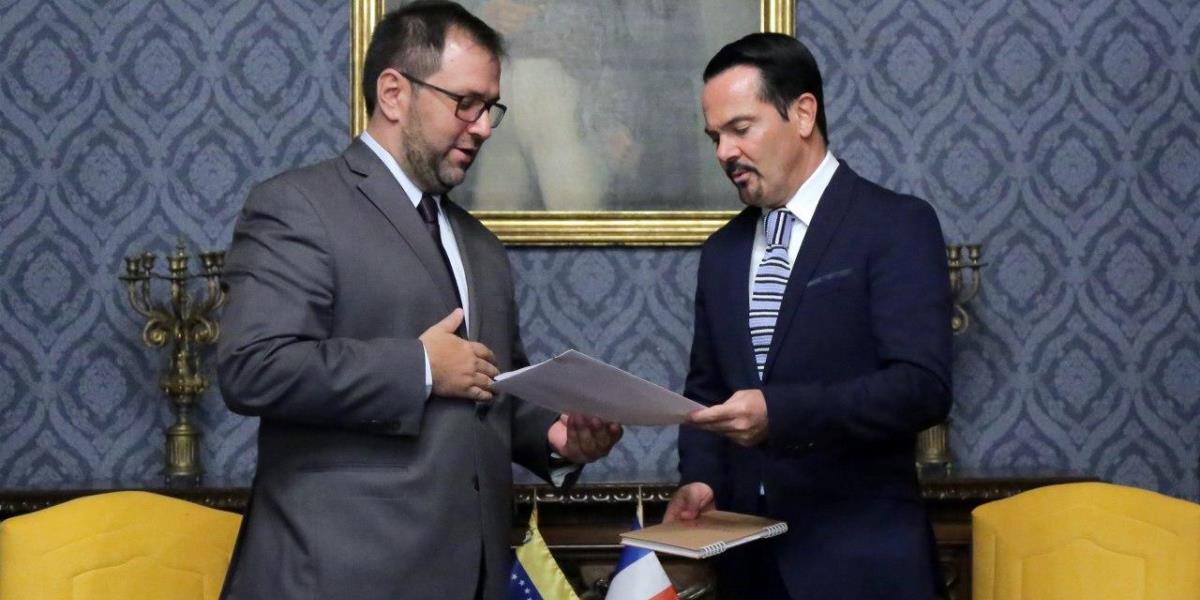 The People’s Power Ministry for Foreign Relations, through the Vice-minister for Europe Yván Gil, delivered a protest note to the Ministry of Europe and Foreign Affairs of the French Republic on Monday, expressing its firm condemnation and rejection to the conduct assumed by the French ambassador accredited in the country, Romain Nadal, who last February 11 received at the Simón Bolívar International Airport the deputy Juan Guaidó, in a clear strategy of provocation, interference in the internal affairs of Venezuela.

In the note delivered at the Casa Amarilla, in Caracas; The Venezuelan Foreign Ministry emphasizes that Ambassador Nadal makes abusive use of the privileges granted by the Venezuelan State for his status as a diplomatic official, and that his recent actions violate international conventions on customs that regulate peaceful coexistence between nations.

It also reminds the French Government that according to the Vienna Convention, in its preamble, “immunities and privileges are granted, not for the benefit of individuals, but in order to ensure the effective performance of the functions of diplomatic missions as representatives of the States”.

At a press conference with international media last Friday, February 14, the president of the Bolivarian Republic of Venezuela, Nicolás Maduro, said that the corresponding responses will be evaluated for those international officials accredited in the country who interfere in the affairs of the nation, in reference to the actions of Ambassador Romain Nadal.

In the document delivered by Vice-minister Gil, the People’s Power Ministry for Foreign Relations also reiterates to the Ministry of Europe and Foreign Relations of the French Republic, its high and distinguished consideration, in favor of the good relations that must exist between sovereign states. 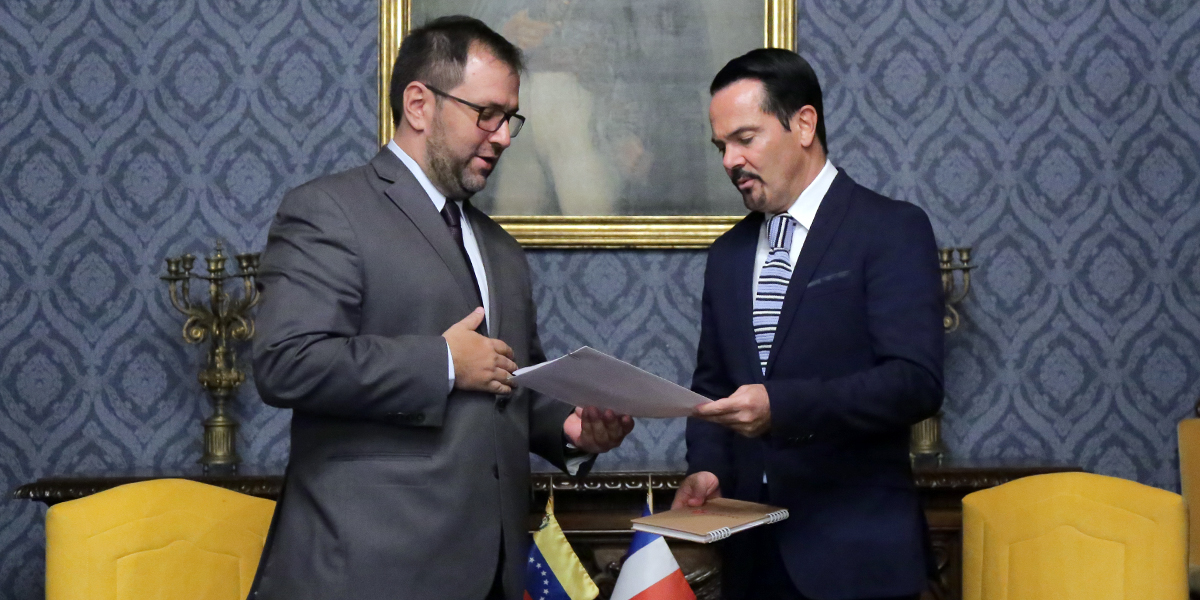