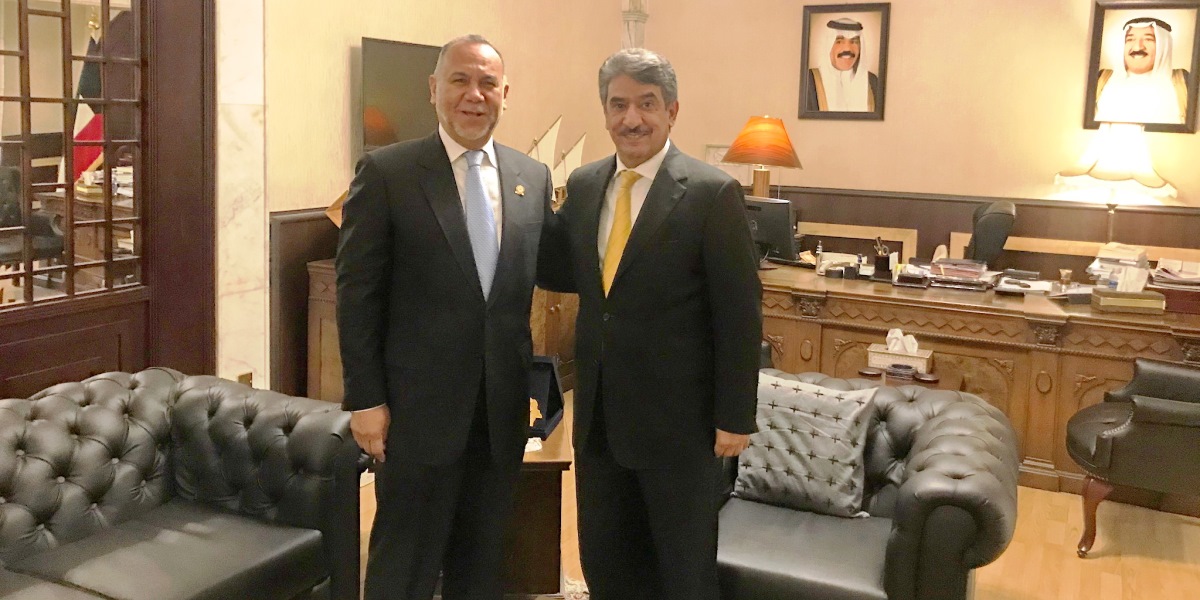 The Ambassador of the Bolivarian Republic of Venezuela in the Republic of Iraq, Arturo Aníbal Gallegos Ramírez, was received on February 10 by the Kuwaiti State Ambassador, Salem G. Al Zamanan, on the occasion of the preparations for the sixtieth anniversary of the Organization of Petroleum Exporting Countries (Opep), which will be held in Baghdad, capital of the Republic of Iraq, next September.

The diplomats seized the opportunity to reaffirm the ties of cooperation and friendship between the two nations and voted for the stability and peace of the Middle East region.

The authorities of the Ministries of Petroleum and Culture of the Republic of Iraq will organize the OPEC Ministerial Meeting, on the occasion of the 60th anniversary of its foundation, which took place in the city of Baghdad in September 1960. It is estimated that the meeting will be held as a propitious space for the member states of the oil bloc to continue enriching the energy dialogue and expose their cultural manifestations in Baghdad.