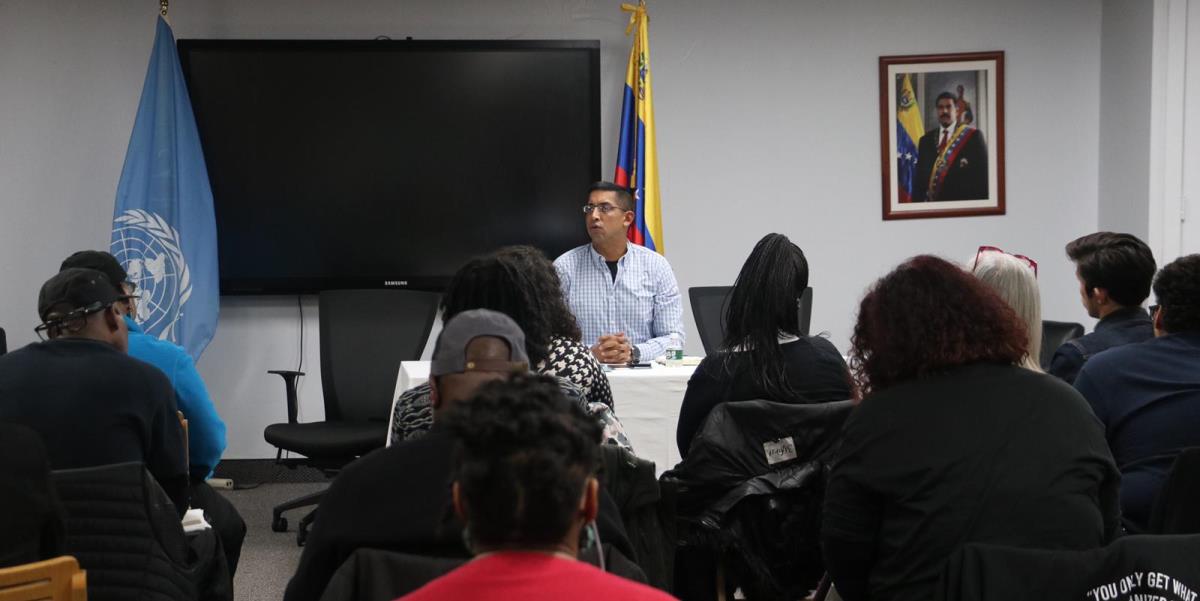 The People’s Power Minister for Habitat and Housing of the Bolivarian Republic of Venezuela, Ildemaro Villarroel, met Friday with the social movements of the homeless in New York, United States, this within the framework of the 58th Commission for Social Development of the United Nations Organization (UN).

During this meeting, Minister Villarroel explained the operation of the Gran Mision Vivienda Venezuela (GMVV), as well as highlighting the social and inclusive nature of this Venezuelan State policy.

In this sense, the Movements of the “Without Roofs” expressed its admiration for the social policies developed by the Bolivarian Government and expressed its many concerns about the needs of the American population in housing.

In addition, they highlighted among their most important concerns the high costs of rents, the few opportunities for access to their own housing and especially the high rate of people living in a street situation, despite having a job and being professionals.