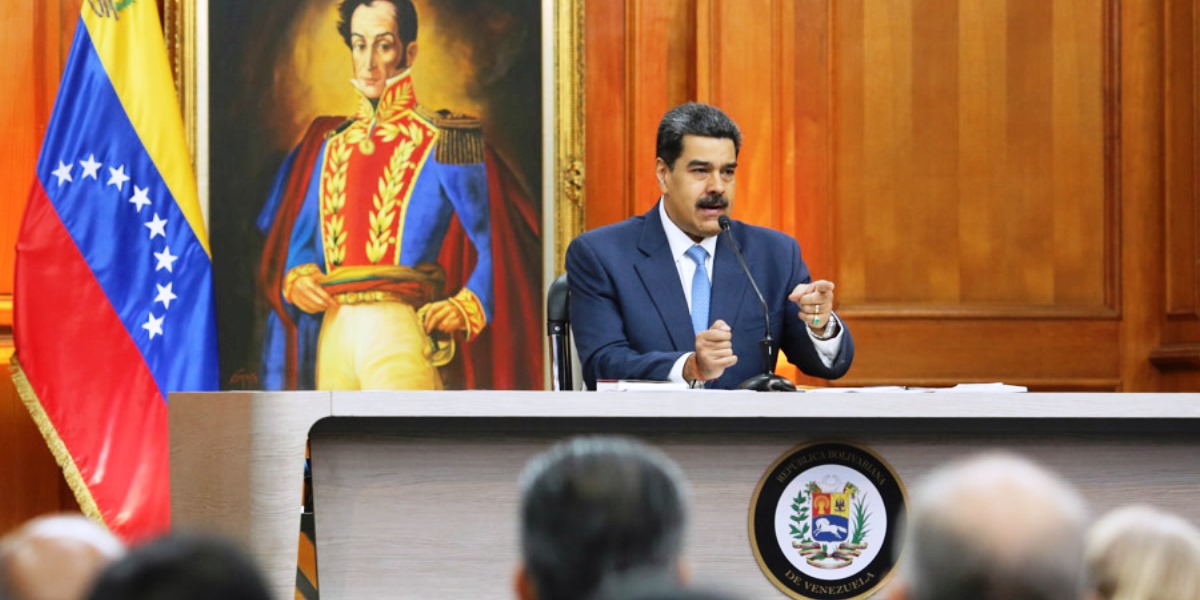 The National Government will shield with national and international evidence and witnesses the lawsuit filed against the administration of the United States (US) before the International Criminal Court (ICC) for crimes against humanity and the population.

The announcement was made by the President of the Republic, Nicolás Maduro, who said that the evidence will show the international community “the torture for which the Venezuelan people have gone through” since 2014, the year in which the imposition of unilateral coercive measures against state officials and companies began.

From the Ayacucho room of the Miraflores Palace, in Caracas, the president explained that the document filed by the Foreign Minister of the Republic, Jorge Arreaza, in The Hague, The Netherlands, contains relevant elements for the ICC to “act in defense of the law to peace”.

“There has to be justice. It cannot be possible that the United States every day attacks and prohibits the importation of vital supplies, it is an invisible war, an economic and structural war against Venezuelan society”, he said.

The Dignitary, who reiterated that the lawsuit against the US seeks to defend the equality of the Venezuelan people, indicated that the US maneuvers violate the United Nations System and international law.

“Venezuela has persecuted, frozen and rendered useless all the international accounts it uses for the purchase of medical supplies and food”, he said.

He indicated that a war maneuver is underway in Venezuela that seeks to reinstate a method of domination and colonization, which is why “we had no choice but to seek international justice.”

The President of the Republic affirmed that the lawsuit against the United States is a “transcendent step” in the search for justice in the face of the persecution of the American elite.

The head of state, however, reiterated his willingness to establish a mechanism for dialogue with the administration of Donald Trump, in order to resolve the differences between the two nations.