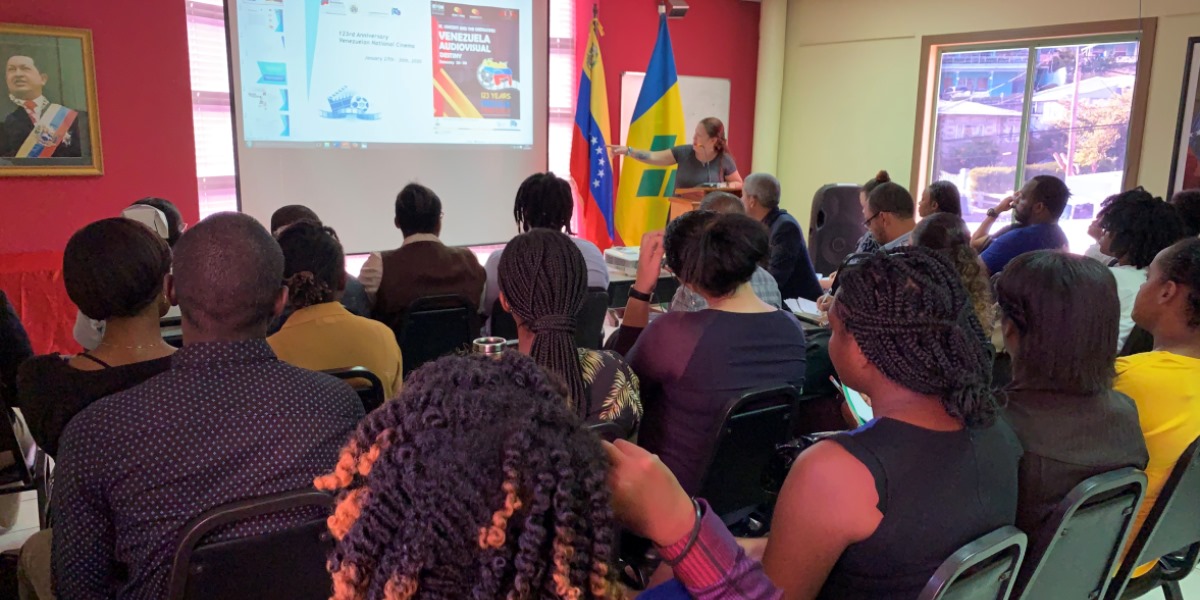 The Embassy of the Bolivarian Republic of Venezuela in Saint Vincent and the Grenadines, through the Venezuelan Institute of Culture and Cooperation (IVCC) “Hugo Chávez Frías”, in the framework of the 123 years of the Venezuelan National Cinema Day, screened the film “Only lies” in front of more than one hundred and fifty prisoners of the prison “Belle Island” and more than seventy Vincentian students of the IVCC.

The head of the Venezuelan Mission in the Caribbean country, Francisco Pérez Santana, explained that on January 28 the National Cinema Day is celebrated in Venezuela, on the occasion that back in 1897 the first films made in the Venezuelan Homeland were screened, while ensuring that the Bolivarian Government has strengthened national film production, based on financing and production of works.

Andreína Bermúdez, academic coordinator of the IVCC, presented the Venezuelan comedy “Only lies” to the students of the Institute and explained that this film is a production of the Villa del Cine, with the support of Amazonia Films, which the Venezuelan Carlos directed Daniel Malave.

She stressed that these types of events have the objective of publicizing Venezuelan culture in all its fields and that these activities “form part of the Venezuelan State’s policy of promoting access to culture as a transformative and emancipation tool in public spaces for the peoples”.

The tape “Only lies” is about Juana García, a very special woman who has the “gift” of recognizing if someone tells the truth, but this ability is blocked when she falls in love, which has plunged her into a blue lonely life which can only leave by telling a great lie.

This type of academic, political and cultural activities are part of the Diplomacy of Peace promoted by the Bolivarian Government, in order to strengthen its friendly relations with the people of Saint Vincent and the Grenadines.