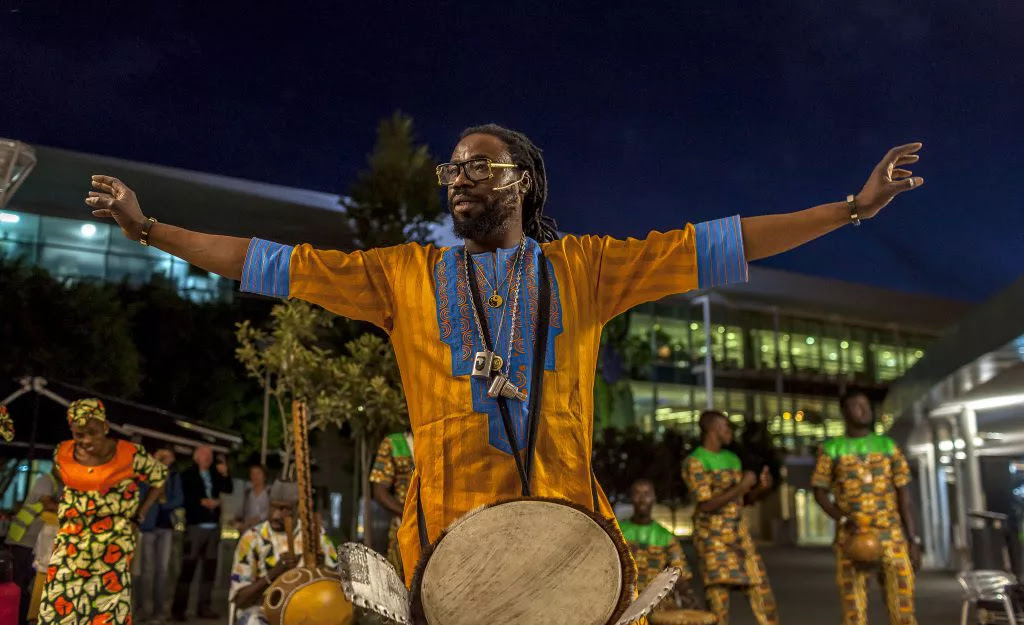 On February 12, the cultural exchange between the NGO Sounds of Africa of Senegal and the Madera Group Foundation takes place in Venezuela. It is a delegation of more than 25 artists, dancers, musicians and speakers, who will share their songs, dances and reflections with our people and their socio-cultural organizations.

This initiative arises from the agreement between both artistic groups signed in the framework of the VI Cultural Festival with the Peoples of Africa, in October 2019, which will strengthen the already traditional relations between our peoples. They will have extensive programming that includes concerts, music and dance workshops, conferences, as well as the recording of the Gorée album, Songs of the soul.

The African delegation will present the international program Visions of Senegal, which is a reflection on the ancestrality and the importance of strengthening our roots and spirituality, demonstrating the socio-cultural ties between our peoples.

It will be directed by Babacar Dieng, percussionist teacher, singer, spiritual reference and Senegalese Griot, president of the NGO Sounds of Africa, leader of the World Music concept, who plays his long and successful artistic career with the recognition of musicians of universal stature, with whom he shares his effort for the African renaissance and his fight against racism and discrimination.

For Venezuela, the Folkloric and Experimental Madera Group will be in charge of the Afro-Venezuelan artistic component who has invited prominent national artists, singers, percussionists, and dancers to participate in this cultural exchange, addressing the entire range of musical sounds that make up the footprint of the former enslaved, who today in freedom condition fight for a world of love, equality, justice and brotherhood among all peoples and human beings. A struggle for the recognition of the role of blackness in the development of humanity.