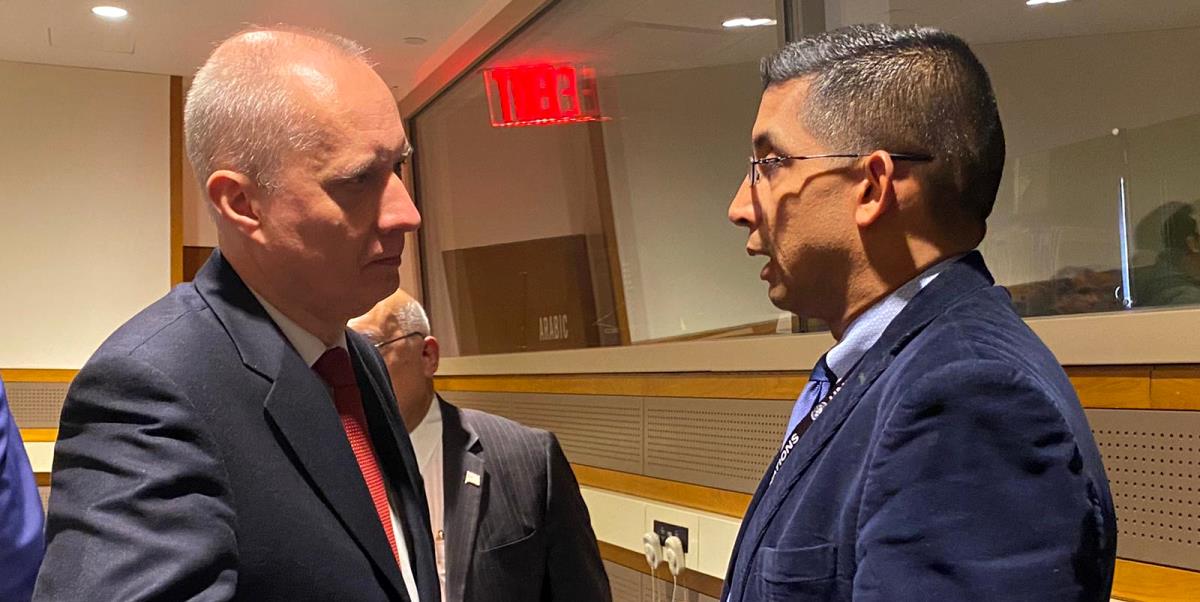 The Pwople’s Power Minister for Habitat and Housing, Ildemaro Villarroel, held a bilateral meeting with Andrei Dapkiunas, Vice-minister of Foreign Relations of the Republic of Belarus, this as part of the work agenda that Minister Villarroel meets during his participation in the 58 ° United Nations Commission for Social Development (UN), in New York.

The Venezuelan Minister expressed the need to continue strengthening cooperation relations between the two countries through the agreement to build more than 7,000 decent homes for the Venezuelan people, in order to address the new economic conditions generated by criminals and illegal Unilateral coercive measures imposed by the United States government against Venezuela.

Similarly, the Belarusian diplomat said that bilateral relations with Venezuela are not circumstantial and expressed his desire to keep working to strengthen cooperation and friendship with the Caribbean nation.

The Gran Mision Vivienda Venezuela (GMVV) is a banner of good living that only a socialist government can guarantee, this policy created by Commander Hugo Chavez, has continuity in the management of the constitutional president of the Bolivarian Republic of Venezuela, Nicolás Maduro Moros.