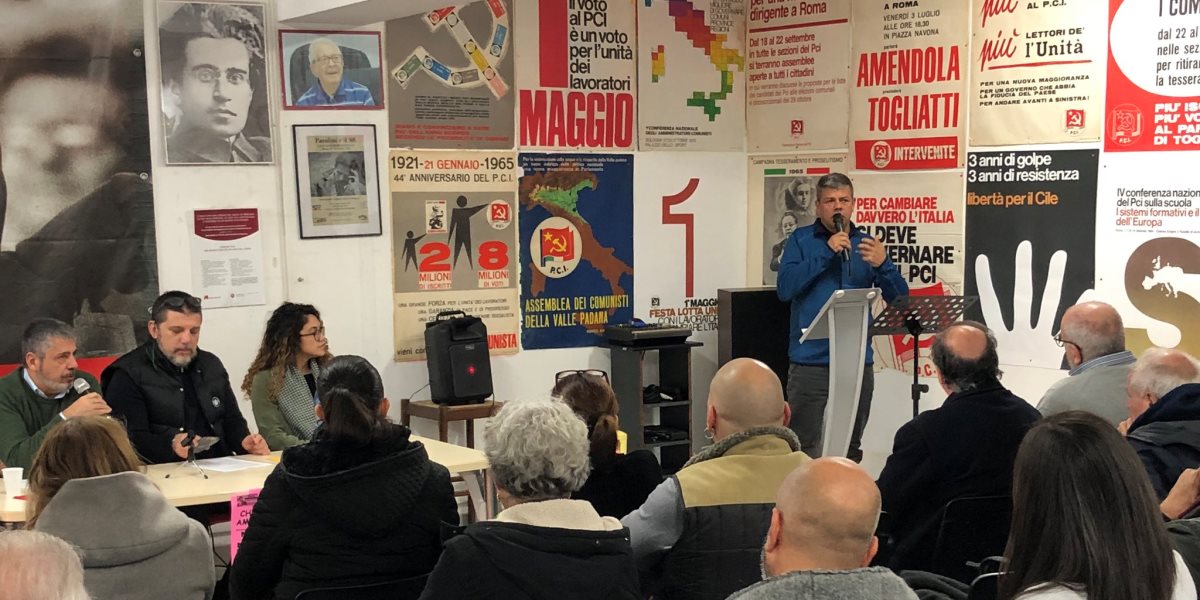 In order to deepen knowledge about the current situation in Latin America, the Cultural Association “Enrico Berlingüer” and the digital magazine Patriagrande.it, organized in Italy the conference entitled “What’s happening in Latin America”.

The meeting was attended by the Chargé d’affaires of the Embassy of the Bolivarian Republic of Venezuela, María Elena Uzzo Giannattasio; the Nicaraguan ambassador to Italy, Monica Robelo; the advisor of the Embassy of Cuba, Emma Liens; the Vice-president of the National Association of Friendship Italy-Cuba, Marco Papacci; the director of Altrenotizie.it, Fabrizio Casari; the lawyer Fabio Marcelli, and Iván Collini, from the Socialist Homeland.

The representative of the Venezuelan Government thanked the invitation, saying that it is essential to deepen the current situation of the South American country, in order to provide accurate information on unilateral coercive measures, the blockade and the steps that the Bolivarian Government develops to face the media attack. The occasion was conducive to introduce Venezuelan union leaders Hernán Brito and Marco Tulio Díaz, members of the National Constituent Assembly.

In his speech, Díaz detailed the current situation in Venezuela, subjected to brutal imperial aggression within and outside its borders and explained the repercussions of unilateral and illegal coercive measures and the important role of the working class in economic growth. In that sense, the constituent highlighted the unity and resistance capacity demonstrated by the Venezuelan people in defense of the constitutional order and the legitimate government, headed by President Nicolás Maduro.

Next, journalist Fabrizio Casari highlighted the proliferation, in the last decade, of progressive processes in Latin American nations, determined to break the Washington consensus, face the dominance of the United States and build different models from the capitalist policies.

For his part, jurist Fabio Marcelli addressed that the unilateral coercive measures imposed by Washington with the complicity of other countries, including acts of piracy, by appropriating assets of the Venezuelan state abroad.